There are plenty of reasons to be a bear right now. The Fed is getting tighter, stocks are down (although the S&P is off a little over 3% from its all-time high) and there doesn’t seem to be a major catalyst of good news to initiate a sustainable upside move.

At the same time, the bulls have issues in their favor. COVID is much less of a problem than it was a year ago, supply chain problems are decreasing, and we are probably past the peak inflation surge. Investors are rotating their money through the various sectors, but money is not leaving the market in large chunks.

In the early stages of a new bull market, it pays to be aggressive and risky. Within a few months of the kickoff, everything is higher. As a bull market ages, the general environment becomes more difficult as more stocks lose upward momentum and investors narrow their choices into fewer issues. It is at this stage that the stock market changes into a market of stocks.

2022 will be a market of stocks. There are crosscurrents galore, and the stock market is caught in the middle of all of them. Small caps are struggling again, after the Russells (RUT) hit a new high two months ago. Technology is suffering under the strain of higher interest rates while the financial sector is hitting new all-time highs.

Investor anxiety is on the rise, but we know how to deal with a market like this. The year 1994 and the period from May 2015 through February 2016 are the analogs for current action. The internal condition of the market shows a growing risk of a larger than average correction over the intermediate term. Remember that the S&P 500 has not had a greater than 6% pullback in over 14 months. It will happen this year. But just like 2016, it will most likely not spell the end of this bull market.

Tech stocks have been getting hit, but they are not down enough to justify an intermediate term trade. A decent bounce is probable, but for the short term at least, sentiment is becoming very negative for tech stocks.

Consumer staple stocks are standing on the other side of the boat. Companies like Proctor & Gamble and Coca-Cola have seen big runs lately, which is unusual for older, slow growing firms. As you can see in the chart of XLP, this sector looks ready for a break. 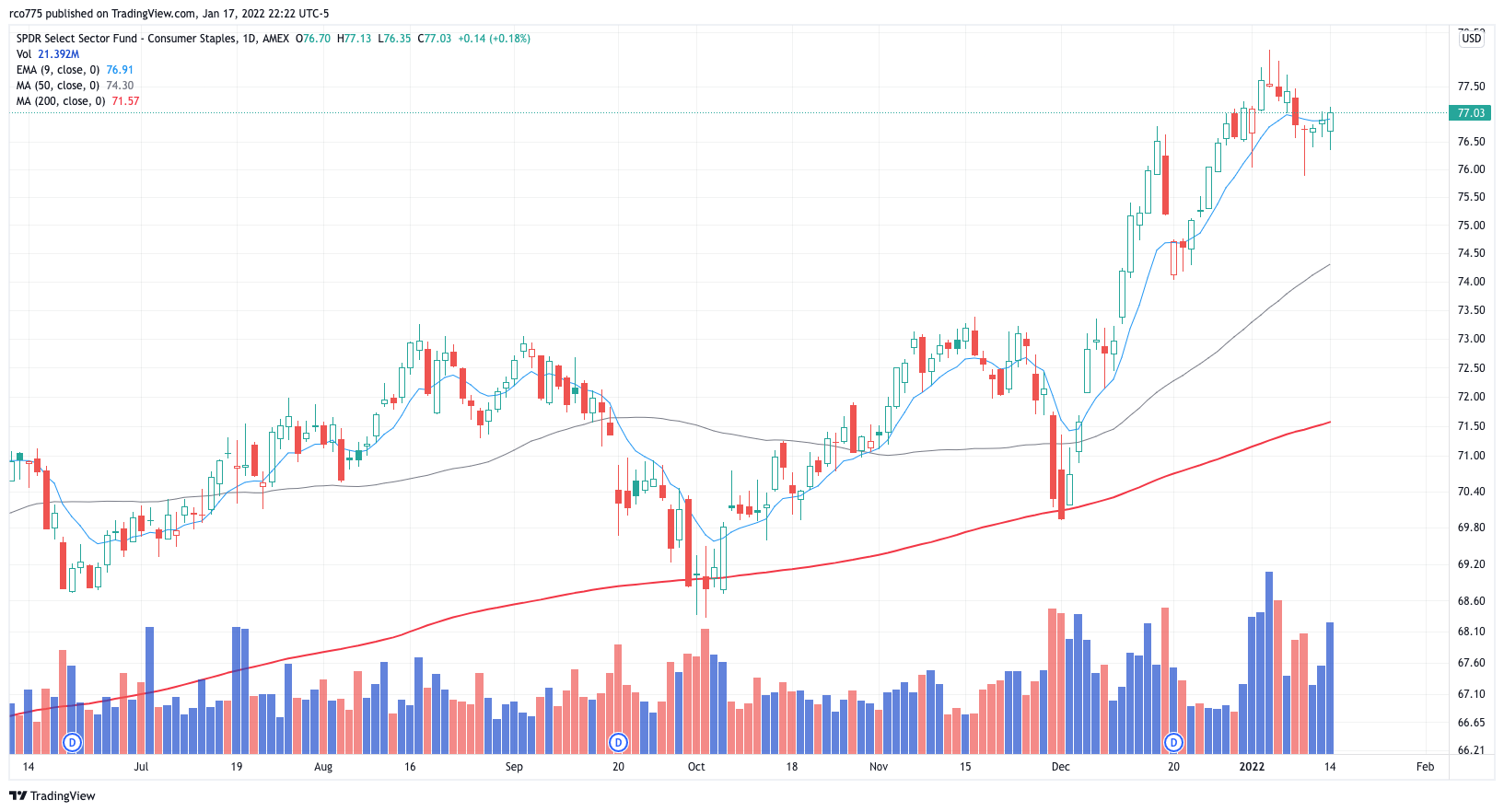 The technology sector (QQQ) has had an 9.64% correction since the high of Nov. 22. It is worth watching for a tradable bounce. In addition, the 200-day moving average (red) is close to meeting price. That should generate some short-term buying. 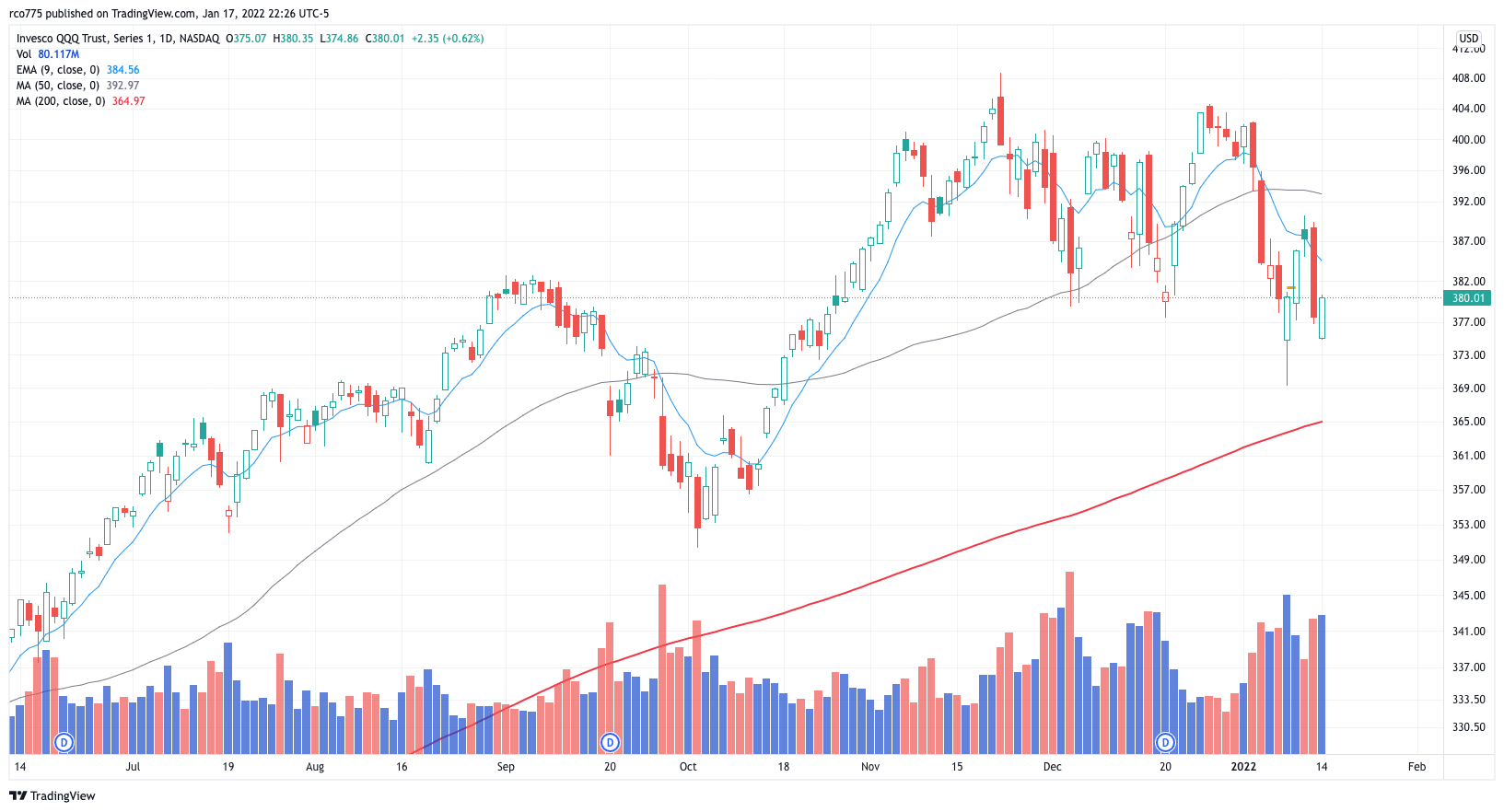 For the last several weeks I have been seeing evidence of thinning market participation. It is what led to me repeatedly say this is a time for discipline and focus, higher than normal cash positions and not a lot of trading activity. 2022 will be a challenging year, but we are perfectly positioned to take advantage of everything the market will deliver.