The FBI classifies Americans it deems to be potential domestic terrorists as “Militia Violent Extremists” (MVEs), according to a document leaked to Project Veritas by a bureau whistleblower.

Ashli Babbitt, who entered the U.S. Capitol on Jan. 6, 2021 and was shot and killed by Capitol Police Lt. Michael Byrd, was mentioned prominently in the document, Project Veritas reported on Aug. 2.

Under the “Common Phrases and References” section of the leaked document, Babbitt is cited as a person that MVEs consider to be a “Martyr.”

“In the document, the FBI cites symbols, images, phrases, events, and individuals that agents should look out for when identifying alleged domestic terrorists,” Project Veritas noted.

Below that, under the “Commonly Referenced Historical Imagery and Quotes” section, Revolutionary War images such as the Gadsden Flag and the Betsy Ross Flag are listed. Each flag displayed in the document comes with a brief description of what it means.

The document, which is labeled “Unclassified/Law Enforcement Sensitive” that is for “FBI Internal Use Only,” also “refers to Ruby Ridge, Waco, and even Timothy McVeigh, tying in traditional American ideas and symbols with radical and/or violent events in the past,” Project Veritas noted. 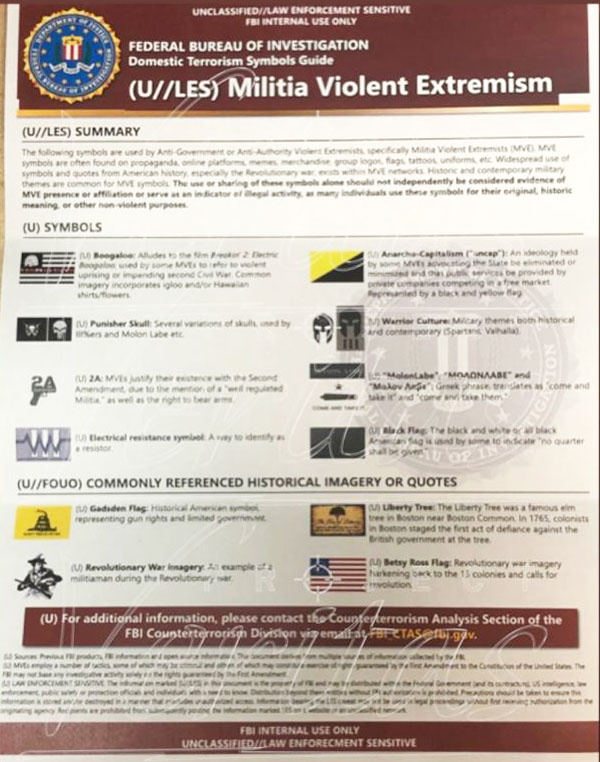 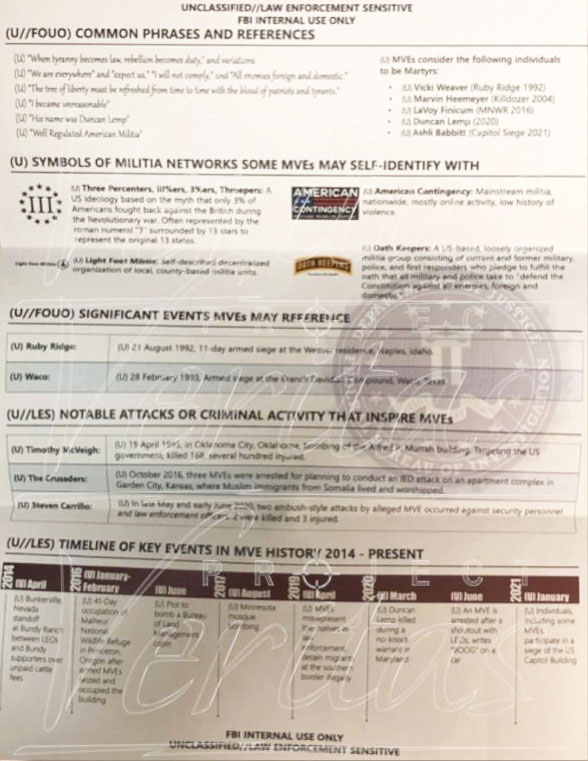