Resurrection: Silenced Trump to rejoin national conversation on his own terms

Donald J. Trump will soon return to social media, launching his own platform that will “completely redefine the game,” a Trump 2020 campaign official said. 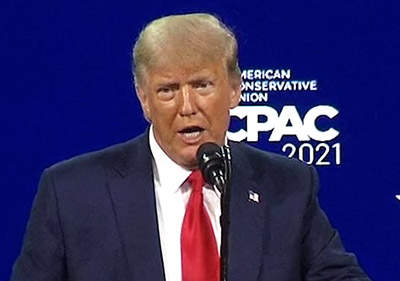 Jason Miller, who was a spokesperson for Trump’s 2020 campaign, told Fox News’ “#MediaBuzz” on Sunday that Trump will be re-entering the social media space in two to three months.

Miller said he expects Trump’s new social media platform to have tens of millions of users.

Trump’s supporters and many who aren’t part of the Democrat-Big Tech-Big Media cabal insist that Trump in no way incited violence on Jan. 6.

Trump told Newsmax last month that Twitter lost a large number of users after he was banned: “I’ll tell you it’s not the same when you look at what’s going on with Twitter, I understand it’s become very boring, and millions of people are leaving,” he said.

“They are leaving it because it’s not the same. And I can understand that.”

When asked whether he would want to move to Parler, the free-speech alternative to Twitter, Trump said “mechanically they can’t handle” the amount of traffic that would happen if he joined.

He added: “There is also the other option of building your own site because we have more people than anybody. You can literally build your own site.”