Reports: More than 100 illegals released by Biden into U.S. test positive for covid

Since late January, more than 100 illegal immigrants who were allowed by Joe Biden’s team to enter the United States while awaiting their asylum hearings have tested positive for the coronavirus, reports say.

Felipe Romero, a spokesperson for the City of Brownsville, Texas, told Fox News that 108 migrants tested positive for the CCP virus since Jan. 25 — when rapid testing for the virus began. That represents about 6.3 percent of the illegal immigrants who were rapid-tested in Brownsville’s bus station, the official said. 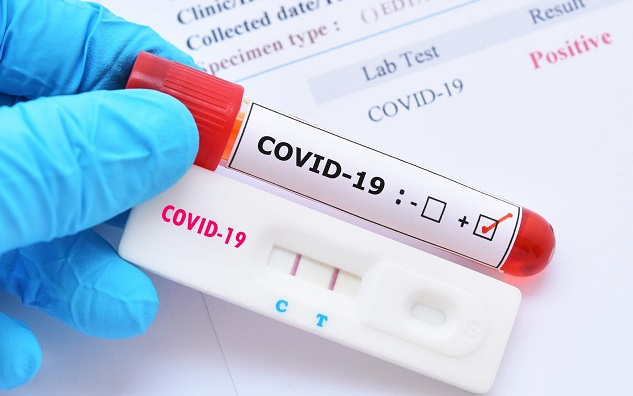 Several immigrants who tested positive told Noticias Telemundo Investiga that they were allowed to continue from the bus station to their destinations that included New Jersey, Maryland, and North Carolina.

Soon after the Jan. 20 inauguration, Biden reinstated the Catch and Release program where illegals are freed into the U.S. interior while they await asylum and immigration hearings that most will never show up for.

NBC News reported on Tuesday that border crossers are testing positive for the coronavirus after being released by Department of Homeland Security (DHS) officials into the U.S. interior.

“Miriam Izaguirre, a 35-year-old asylum-seeker from Honduras, crossed the Rio Grande at dawn Monday with her young son and turned herself in to the authorities,” the NBC report said. “A few hours later she was released, and the first thing she did was take a rapid test for Covid-19 at the Brownsville bus station. They told her her test came out positive.”

Even after they test positive, at least in Brownsville, the immigrants are not required to quarantine.

A worker at a bus company that operates out of the Brownsville station told Noticias Telemundo Investiga the bus company cannot ask passengers for proof of coronavirus test results before boarding.

Meanwhile, in a letter to DHS Secretary Alejandro Mayorkas, 61 House Democrats requested that DHS end the Center for Disease Control’s Title 42 order that has kept a rush at the border from occurring, according to House Republicans.

The Democrats wrote that the Biden team should be releasing all foreign nationals arriving at the U.S.-Mexico border into the U.S. interior, without testing requirements, so as not to spread the coronavirus in foreign countries, the Republicans said.

Under Title 42, some 460,000 border crossers have been expelled and deported from the U.S. since March 2020. Biden’s team is considering ending Title 42, according to a Feb. 26 report by Breitbart News.

Texas Democrat Rep. Henry Cuellar, whose congressional district lies partially on the border, told Fox News this week that the surge of migrants along the border may turn into a full-fledged crisis.

“You add COVID-19 on top of that. You add a lot of the border communities are not getting the vaccines fast enough. The fact they aren’t letting Mexican legal visa holders come across, but they’re letting undocumented people in, that does cause a concern to me and a lot of my border community leaders down there,” Cuellar said.

Biden on Tuesday said there is no “crisis” at the U.S.-Mexico border.