The New York Times, the same newspaper which analysts say has sought to create panic and promoted the coronavirus lockdown in the United States, is now reporting that China last month directed a campaign of fake news through social media and text messages to scare Americans about the Trump administration’s plans to respond to the Wuhan coronavirus.

Edward Wong, Matthew Rosenberg and Julian Barnes of the Times reported on April 22: 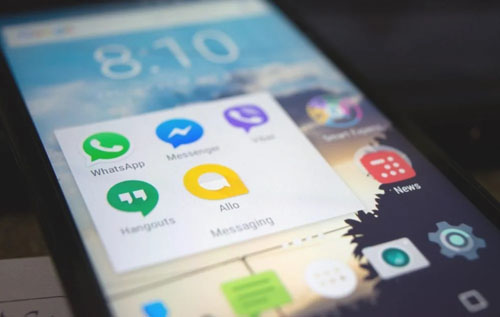 “The alarming messages came fast and furious in mid-March, popping up on the cellphone screens and social media feeds of millions of Americans grappling with the onset of the coronavirus pandemic. Spread the word, the messages said: The Trump administration was about to lock down the entire country.”

U.S. officials said that the Chinese agents are likely using WhatsApp and other encrypted messaging platforms to circulate the messages, according to the Times. One senior American official told the paper that intelligence officers are looking into whether Chinese diplomats in the United States are helping disseminate the fake messages.

The Times cited six U.S. intelligence officials all in different agencies who said that Chinese agents helped spread messages claiming that the Trump administration was planning to impose curfews, and would deploy troops to prevent widespread looting and rioting.

“They will announce this as soon as they have troops in place to help prevent looters and rioters,” reads one message cited by the Times. “He said he got the call last night and was told to pack and be prepared for the call today with his dispatch orders.”

“Just a heads up,” read one message received by the Daily Caller News Foundation. “Just got word from a friend who works for the FBI and National Security Council advising the president. She says that tomorrow POTUS will announce a ‘Stage 1’ government Lockdown. It will most likely be a domestic flight ban, and/or mandatory curfew. She said things are going to be crazy tomorrow, and its [sic] probably best to get some serious groceries before the afternoon announcement tomorrow.”

The National Security Council responded to the viral messages on March 15, calling them “FAKE.”

The article inspired a reaction from Alex Berenson, a former New York Times reporter, James Freeman noted in an April 23 analysis for the Wall Street Journal.

The “pro-lockdown” New York Times “has been a leader in promoting the fear that the U.S. would run well short of needed intensive-care facilities,” Freeman noted. “Fortunately this hasn’t come to pass and, if it ever does, let’s hope public officials don’t decide that the solution is to set fire to America’s economy, which generates the wealth to provide health care for all Americans.”

According to the April 22 Times report: “Since that wave of panic, United States intelligence agencies have assessed that Chinese operatives helped push the messages across platforms, according to six American officials, who spoke on the condition of anonymity to publicly discuss intelligence matters.”

Freeman noted for the Wall Street Journal: “To be clear, the Times is referring to the wave of panic encouraged by Chinese intelligence, not the wave of panic encouraged by Times reporting and editorials. As for the latter, Times readers may recall the March 12 call for President Trump to declare a national emergency and ‘put the economy on ice.’ The paper warned that ‘by some estimates, at the peak of the coming crisis, the country as a whole may need three to four times as many ventilators as currently exist in hospitals and in the national stockpile.’ ”

Freeman added: “One could argue that the editorial hasn’t aged well. But its timing was interesting.”

The April 22 Times report notes: “The amplification of the fake lockdown messages was a notable instance of China’s use of covert disinformation messaging, American officials said. A couple of versions of the message circulated widely, according to The Times analysis. The first instance tracked by The Times appeared on March 13, as many state officials were enacting social distancing policies. This version said Mr. Trump was about to invoke the Stafford Act to shut down the country.”

The Stafford Act is a law governing federal disaster relief to states but doesn’t give the president unilateral authority to shut down the country. Still, Freeman noted, “readers of the Times March 12 editorial could easily believe that the President has broad powers in this area. Did Chinese intelligence attempt to terrify Americans by spreading the idea that Mr. Trump was about to act on reckless advice from the New York Times?”

Freeman continued: “As devious as this may sound, perhaps Chinese government operatives were simply not creative enough in trying to imagine a panicked U.S. political response that would frighten the citizenry and destroy American wealth for uncertain public-health benefits. The sad truth is that within days governors like California’s Gavin Newsom were ordering ill-advised statewide lockdowns without conducting any serious study of potential costs and benefits.

“Yet at the time of the alleged disinformation campaign by China, U.S. citizens didn’t know how irresponsible their elected officials were going to be.”

The Times reports: “The amplification techniques are alarming to officials because the disinformation showed up as texts on many Americans’ cellphones, a tactic that several of the officials said they had not seen before . . . The origin of the messages remains murky. American officials declined to reveal details of the intelligence linking Chinese agents to the dissemination of the disinformation, citing the need to protect their sources and methods for monitoring Beijing’s activities.”

Freeman concluded: “No word yet on whether Chinese intelligence uses the Times as a source when crafting messages to frighten the American public.”