Democrats in Congress have politicized the Capitol Police and are using them as a Stasi-style enforcement unit against their Republican opponents, The National Pulse reported on Feb. 8, citing GOP Congress members and media reports. 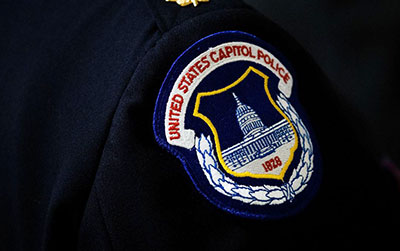 Texas Republican Rep. Troy Nehls accused Capitol Police of illegally entering his office and photographing documents that are “protected by the Speech and Debate clause enshrined in the Constitution, Article 1 Section 6.”

Nehls said in a tweet that, during Thanksgiving week last year when the House was in recess, “Upon discovering a member of my staff, special agents dressed like construction workers began to question him as to the contents of a photograph taken illegally two days earlier.”

Nehls said he believes he is being surveilled by Capitol Police because “I have been a vocal critic of @SpeakerPelosi, the @January6thCmte, and @CapitolPolice leadership about their handling of January 6th, the death of Ashli Babbitt and the subsequent SHAM investigation.”

Capitol Police Chief J. Thomas Manger confirmed the Inspector General has opened an investigation after receiving multiple congressional inquiries into the Capitol Police tactics, such as those reported by Politico last month.

Meanwhile, Texas Republican Rep. Louie Gohmert said the Biden Department of Justice was caught opening his mail before it reached his office.