Veteran Democratic operative Michael Spitzer-Rubenstein, who was heavily involved in Green Bay, Wisconsin’s November election, was given access to “hidden” identifiers for the Internet network at the hotel convention center where ballots were counted, according to a report by Wisconsin Spotlight.

Green Bay city officials insist the presidential election was “administered exclusively by city staff.” But emails obtained by Wisconsin Spotlight show that Spitzer-Rubenstein, a New Yorker, had a troubling amount of contact with local election administration on Nov. 4. 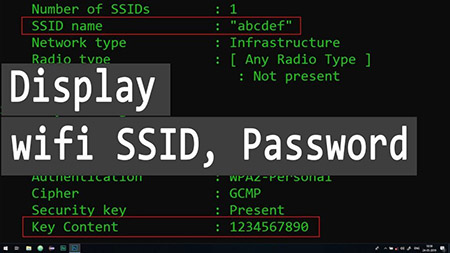 The emails also appeared to confirm that voting machines there were connected to the Internet, raising the issue of voting data fraud that has been debunked without investigation by political-media forces opposed to former President Donald Trump.

Spitzer-Rubenstein was the Wisconsin state lead for the National Vote at Home Institute, one of several leftist groups funded largely by Facebook CEO Mark Zuckerberg.

It was previously reported that Spitzer-Rubenstein and his National Vote at Home Institute were heavily involved in Green Bay’s election process.

In one of the emails obtained by Wisconsin Spotlight, Trent Jameson, director of event technology at Green Bay’s Hyatt Regency and KI Convention Center, where the city’s Central Count was located on Election Day, wrote to Spitzer-Rubenstein: “I’ll have my team create two separate SSID’s for you.”

SSID stands for Service Set Identifier, an Internet network’s name. When accessing Wi-Fi networks on a laptop or phone, a list of public SSIDs appear. Wireless router or access points broadcast SSIDs so any nearby devices can show available networks.

“One SSID will be hidden and it’s: 2020vote. There will be no password or splash page for this one and it should only be used for the sensitive machines that need to be connected to the internet,” Jameson wrote in his Oct. 27 email to Spitzer-Rubenstein. He in turn forwarded the email to Celestine Jeffreys, Green Bay Mayor Eric Genrich’s chief of staff, on Oct. 30.

“The other SSID will be: gbvote and that one can be seen in the settings app of your phone or laptop under ‘networks’ and should be used for the poll workers who need internet,” Jameson wrote.

Jameson told Spitzer-Rubenstein there would be a third SSID, which was to be used by media or other guests “not part of your team.”

Wisconsin Spotlight noted: “Why would a guy who has been described as a consultant or adviser to the city need to have hidden SSIDs? Why would the city want him to have knowledge of Service Set Identifers for ‘sensitive machines’? He was brought in to provide technical support, but why would Spitzer-Rubenstein receive such sensitive information before the city’s IT director and the clerk’s office?”

Sandy Juno, former Brown County clerk who has accused the city of Green Bay of going “rogue” in its handling of the Nov. 3 election, said she found the use of the secretive Internet access points “unusual.”

Spitzer-Rubenstein is shown in photos working on a laptop by a printer at central count on election night, Wisconsin Spotlight noted.

“I’m not sure what the need was for all of those different (Service Set) IDs, but the one that bothered me most was for the ‘sensitive machines,’ ” Juno said.

Emails show that Spitzer-Rubenstein offered to correct or “cure” ballots in Green Bay, and he told the city’s clerk that he had come up with a similar process for Milwaukee.

And despite the city’s assertions that Spitzer-Rubenstein did not have the keys to the KI Center where the absentee ballots were, a hotel contract obtained by Wisconsin Spotlight shows the keys were to be delivered to Spitzer-Rubenstein.

“Michael Spitzer-Rubenstein will be the onsite contact for the group,” the hotel instructions state.

Emails show him inside the KI Center asking city officials about where the ballots would be located.

“Are the ballots going to be in trays/boxes within the bin? I’m at KI now, trying to figure out whether we’ll need to move the bins throughout the day or if we can just stick them along the wall and use trays or something similar to move the ballots between stations,” Spitzer-Rubenstein wrote to city officials two days before the election.

Wisconsin Spotlight also pointed out that “Spitzer-Rubenstein appears to have played point man for the coordinated effort between the ‘Wisconsin 5,’ Milwaukee, Madison, Green Bay, Kenosha and Racine — which received a combined $6.3 million in Zuckerberg money.

Joe Biden reportedly defeated President Donald Trump by 49.6% to 48.9% of the vote in Wisconsin, flipping a state with 10 electoral votes that Trump won in 2016.