Report: Whole Foods may be cool, but working for Bezos is no bargain

Many employees at Whole Foods, which was purchased by Jeff Bezos-owned Amazon in 2017, say reduction in their hours have effectively negated wage gains made since Amazon introduced a $15 minimum wage. 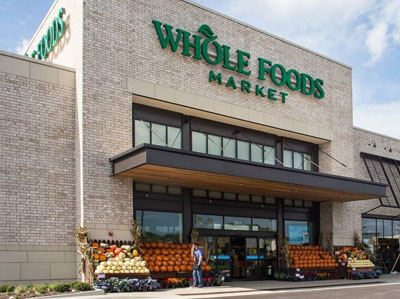 When the $15 minimum wage went into effect on Nov. 1, employees at Whole Foods told The Guardian in a March 6 report that hours were reduced for full-time and part-time employees.

All Whole Foods employees paid less than $15 an hour saw their wages increase to at least that, while all other team members received a $1-an-hour wage increase and team leaders received a $2-an-hour increase.

But since the wage increase, Whole Foods employees said that they have experienced reduced schedule shifts across many stores.

“My hours went from 30 to 20 a week,” said one Whole Foods employee in Illinois.

The Guardian also noted that “Workers interviewed for this story were reluctant to speak on the record for fear of retaliation.”

The Illinois-based worker said that once the $15 minimum wage was enacted, part-time employee hours at their store were cut from an average of 30 to 21 hours a week, and full-time employees saw average hours reduced from 37.5 hours to 34.5 hours.

“We just have to work faster to meet the same goals in less time,” the worker said.

A Whole Foods worker in Maryland said stores were being forced to cut full-time employee schedules by four hours, to 36 hours a week.

“This hours cut makes that raise pointless as people are losing more than they gained and we rely on working full shifts,” the worker said.

Whole Foods workers in September 2018 organized the group Whole Worker, which sought to establish a union and provide workers a resource to organize after the Amazon takeover.

“There are many team members working at Whole Foods today whose total compensation is actually less than what it was before the wage increase due to these labor reductions,” a Whole Worker spokesperson said in an email to the Guardian.

Meanwhile, the National Association of Manufacturers (NAM) said big and small companies are overwhelmingly optimistic about the Trump economy.

The past nine quarters of have seen record optimism, with an average of 91.8 percent of manufacturers positive about their own firm, compared to an average of 68.6 percent during the last two years of the Obama administration.

Under President Donald Trump, “the economy has spiked and the president has made moves to boost manufacturing such as slashing Obama-era regulations. Tax cuts have also boosted their confidence in a better future,” said NAM.