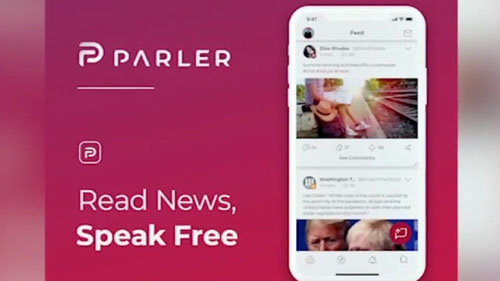 “The only thing keeping them alive at this point, in my opinion, is the controversy around the 2016 election going into 2020 with Donald Trump and the amount of free airtime that Twitter gets every day on every news network and every shoutout on every website,” Matze told The Washington Times.

The Parler platform is not strictly for conservatives and castaways from other platforms but for people who believe in the principles of free speech and data privacy, the company says

Meme maker @CarpeDonktum vanished from Twitter without explanation but resurfaced on Parler.

“Many of the newest 100,000 Parler users arrived alongside @CarpeDonktum, a prominent pro-Trump voice who had more than 270,000 followers before Twitter banned him this week. When @CarpeDonktum migrated to Parler, he said he was permanently suspended by Twitter for a meme that violated copyright infringement policies,” Ryan Lovelace reported for The Washington Times.

Twitter told The Washington Times that @CarpeDonktum was permanently banned for repeated violations of copyright law.

The most recent complaint against the account was brought by Jukin Media, which objected to a video posted by @CarpeDonktum that was shared by the president. The video mocked CNN for allegedly perceiving racism among toddlers, according to Harvard University’s Lumen database.

Others who have been welcomed by Parler include Alex Jones and Laura Loomer. Other prominent users include Sen. Ted Cruz, Texas Republican, Sen. Rand Paul, Kentucky Republican, and Rep. Andy Biggs, Arizona Republican and chairman of the conservative House Freedom Caucus.

Parler is based in Las Vegas and has about 20 full-time employees. Matze said he is hiring rapidly to meet the new demand. The app went live in 2018, but Matze said its formal launch was linked to the 2020 Conservative Political Action Conference.

“Even the biggest platforms in the world will have scaling troubles if everybody gets on at once, but if we continue at the pace that we’re going, everything should be smooth,” Matze said. “If Donald Trump went out tomorrow and said, ‘I’m on Parler,’ I think that would be a problem.”

Matze said he thinks Parler’s pitch will attract liberals who share viewpoints that they ought to own their digital profiles as personal property and that they should opt in to view content rather than have trending topics foisted upon them.

“We’re having trouble getting people from the left on,” Matze told The Washington Times. “We’ve announced a $20,000 bounty for any blue-check-marked Twitter figure with at least 50,000 followers who identifies as a progressive to come onto Parler.”

Parler is opposed to regulation of any sort, Matze said.

Opponents of regulating the tech companies have applauded Parler’s emergence as a competitor that can threaten other social media companies’ grip on the marketplace.

The Electronic Frontier Foundation’s Aaron Mackey said he is not familiar with Parler’s business model but views a new competitor as healthy for the social media sector. Mackey said regulatory proposals aimed at reining in tech could hurt companies such as Parler.

“The Googles, the Facebooks and the Twitters of the world are going to be able to comply with whatever new standard you throw at them, they’ll be able to litigate all of the cases away, they’ll just throw money at the problem,” Mackey said. “New entrants, those who would cater to a different view or to a broader spectrum of the population and perhaps serve as real competition to these platforms, won’t get off the ground because they’ll be subject to the crippling liability and other regulatory regimes envisioned by these proposals that no new entrant can reasonably meet.”