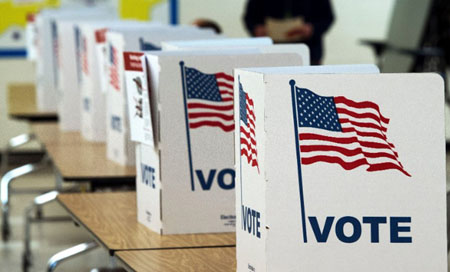 But, was it closer than it should have been?

Records show that voting machines in more than one-third of all Detroit precincts registered more votes than they should have during the 2016 election, The Detroit News reported on Dec. 12. 2016.

In one Detroit precinct, a ballot box contained only 50 of the 306 ballots listed in a poll book, according to an observer for Trump.

“Detailed reports from the office of Wayne County Clerk Cathy Garrett show optical scanners at 248 of the city’s 662 precincts, or 37 percent, tabulated more ballots than the number of voters tallied by workers in the poll books,” the report said.

Hillary Clinton won about 95 percent of the vote in Detroit and Wayne County so any overcounted votes almost assuredly would have gone to the Democratic Party candidate.

The Detroit precincts were among those that couldn’t be counted during a statewide presidential recount that was ended by the state’s supreme court.

“Overall, state records show 10.6 percent of the precincts in the 22 counties that began the retabulation process couldn’t be recounted because of state law that bars recounts for unbalanced precincts or ones with broken seals,” the Detroit News report said.

“The problems were the worst in Detroit, where discrepancies meant officials couldn’t recount votes in 392 precincts, or nearly 60 percent. And two-thirds of those precincts had too many votes.”

Officials in 31 states say they want to replace their voting equipment before the 2020 elections.

For 2020, Stanford University’s Cyber Policy Center recommends an increase in the security of the U.S. electoral infrastructure by requiring that all vote-counting systems nationwide provide a voter-verified paper audit trail and require risk-limited auditing for all elections.