Most of the funds raised for a nonprofit run by New York state lawmakers that was supposedly to go toward scholarships for underprivileged youth was used to throw lavish annual parties featuring high-profile guests such as Gov. Andrew Cuomo and New York Mayor Bill de Blasio, a report said. 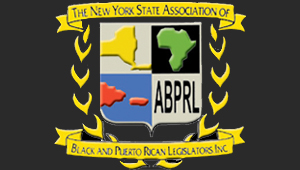 But the nonprofit has not given a single scholarship to needy minority students in two years, according to a New York Post investigation.

The nonprofit run by the New York State Association of Black and Puerto Rican Legislators has a stated mission of empowering “African American and Latino youth through education and leadership initiatives” by “providing opportunity to higher education.”

The lawmakers host what they call a “Caucus Weekend” – a series of workshops, concerts and parties – in Albany every February for minority members of the state’s Assembly and Senate. The event is considered a “can’t miss date on the Albany calendar,” the Post noted.

The group “charges sponsors up to $50,000 for a chance to party with lawmakers at events that have ­included Grammy Award-winning rappers and high-profile speakers” such as Hillary Clinton, Jesse Jackson, Cuomo, and de Blasio, according to the Dec. 29 report.

Past weekends have included an exclusive screening of the hit movie Black Panther, an after-party concert by Doug E. Fresh and Slick Rick, and Grammy-winning rapper Big Daddy Kane, the report said.

While giving no grants for scholarships in the past two years, the nonprofit spent more than $6,000 on limousines, the report said.

Though required by federal law, the group would not furnish to the New York Post its tax filings for October 2016 to September 2017, the report said.

Assemblywoman Latrice Walker, a Brooklyn Democrat and the current chair of the nonprofit’s board, said through a spokesman that she “does not have any knowledge of the matter.” Walker is currently campaigning to be New York City’s public advocate, the city’s second-highest elected position and one tasked with investigating complaints.

The charity’s treasurer, Assemblyman Gary Pretlow of Westchester, expressed no knowledge of the charity’s activities. “I just sign the checks they give me,” he said.

Charity watchdog groups such as Charity Navigator recommend that at least a third of a nonprofit’s revenues go to its stated purpose.

State. Sen. Leroy Comrie of Queens, the group’s number two, refused to come out when Post reporter Isabel Vincent stopped by his office. All of the politicians mentioned are Democrats.