Report maps summer of violence: ‘Cause of violence is the people who have chosen to be violent’

A nonprofit organization which tracks world conflicts has compiled data showing that Black Lives Matter was linked to more than 80 percent of the violence that has devastated U.S. cities over the summer. 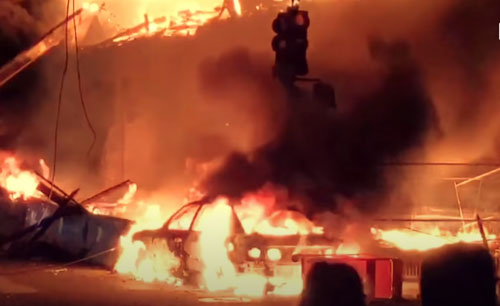 The Armed Conflict Location and Event Data Project (ACLED), supported by Princeton University, reported 12,045 incidents of civil unrest in the United States from May 26 to Sept. 5. May 26 is the day after George Floyd’s death in police custody. Reports have confirmed that Floyd had enough fentanyl in his system to have died of an overdose if police had never touched him.

“Of the 633 incidents coded as riots, 88 percent are recorded as involving Black Lives Matter activists. Data for 51 incidents lack information about the perpetrators’ identities. BLM activists were involved in 95 percent of the riots for which there is information about the perpetrators’ affiliation,” Joy Pullmann noted in a Sept. 16 report for The Federalist.

The cost of this summer’s rioting will top $1 billion and set a record surpassing that of the 1992 Rodney King riots, insurance companies say. Much of that will be paid by taxpayers in the form of overtime and hazard pay for police and EMTs, emergency room visits, destruction of public property, and more.

“Of course, rioters are inflicting these costs during a time governments, and the people who fund them, have fewer resources due to coronavirus shutdowns and pent-up entitlement obligations,” Pullmann noted.

Of the 12,045 incidents recorded by ACLED, 1,143 — or nearly 1 in 10 — involved violence of some sort: rioting, looting, clashes with police, cars rammed into crowds, bystanders pepper-sprayed, armed attacks. Of these violent incidents, 84 percent involved BLM.

Pullmann also noted that a report accompanying the data project “reads like an upscale attempt to blame the police for criminals’ decision to steal, kill, and destroy.”

Several times the report explicitly does so, such as here: “Although federal authorities were purportedly deployed to keep the peace, the move appears to have re-escalated tensions. Prior to the deployment, over 83% of demonstrations in Oregon were non-violent. Post-deployment, the percentage of violent demonstrations has risen from under 17% to over 42%, suggesting that the federal response has only aggravated unrest.”

Pullmann noted: “This is a logical fallacy called post hoc, ergo propter hoc: Because one thing happened after another, the first thing caused the second. It’s just plain false. In science, this error is described as the difference between correlation and causation. Social scientists ought to be aware of and refrain from employing it, yet these did not.

ACLED released an interactive map illustrating just how widespread the summer rioting has been.

Following are screenshots of the map. The circle size indicates the number of riots. 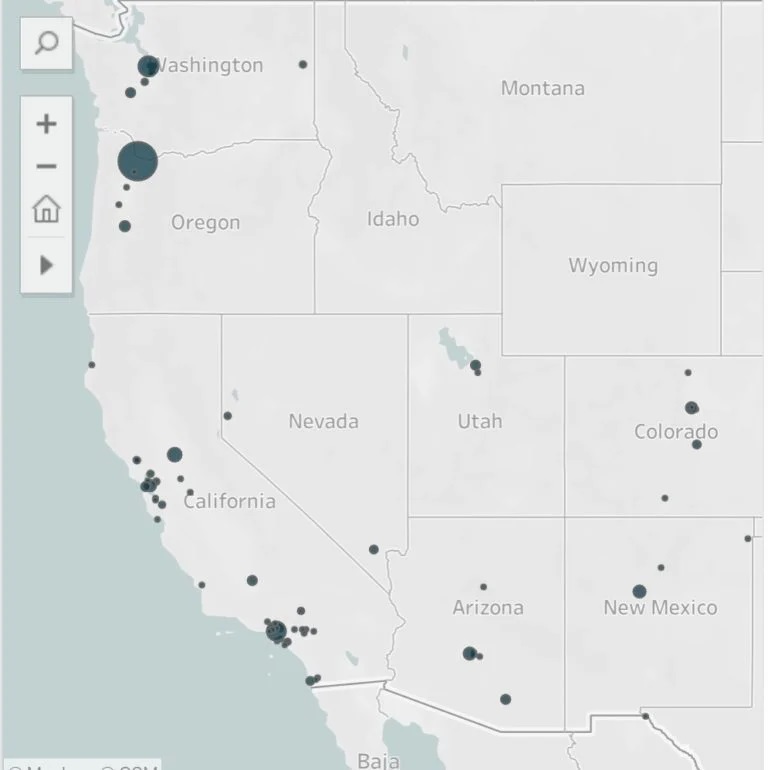 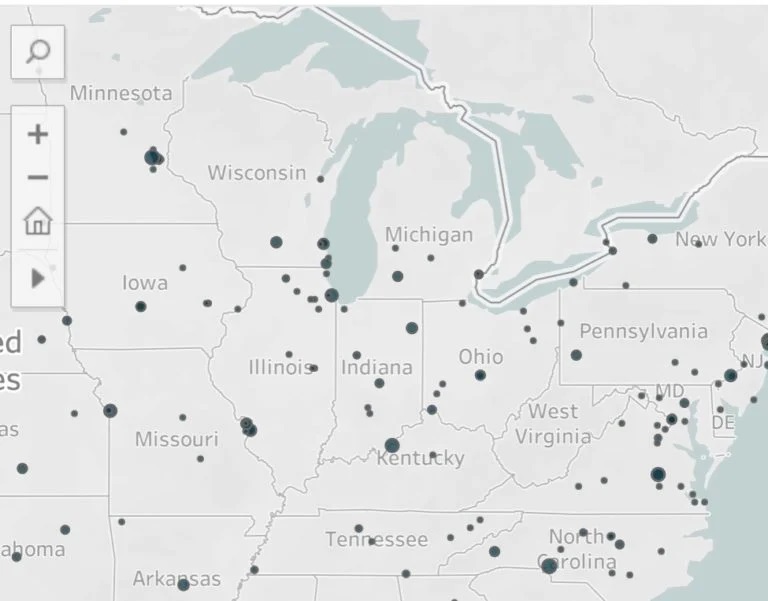 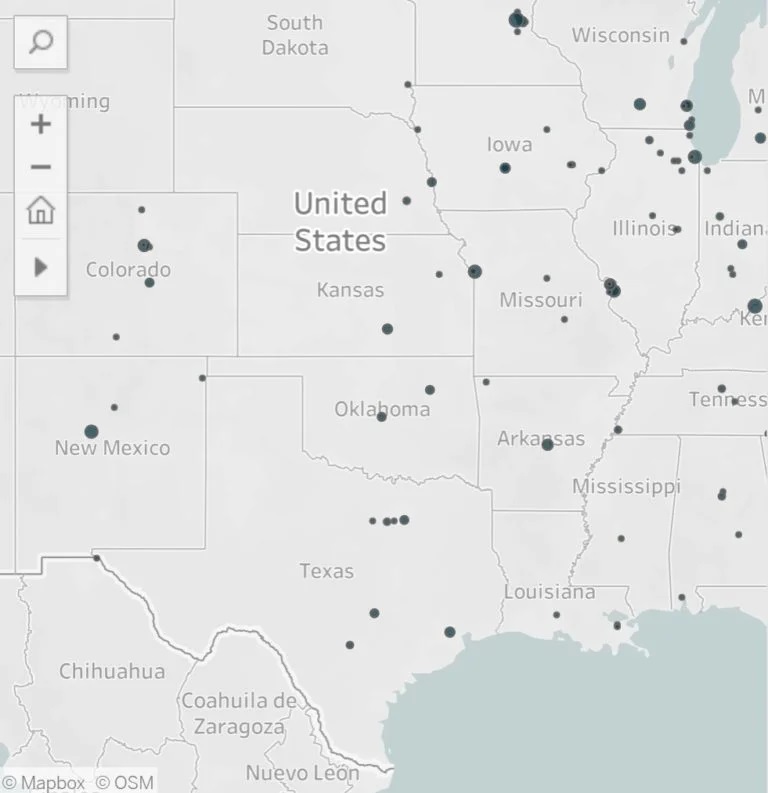 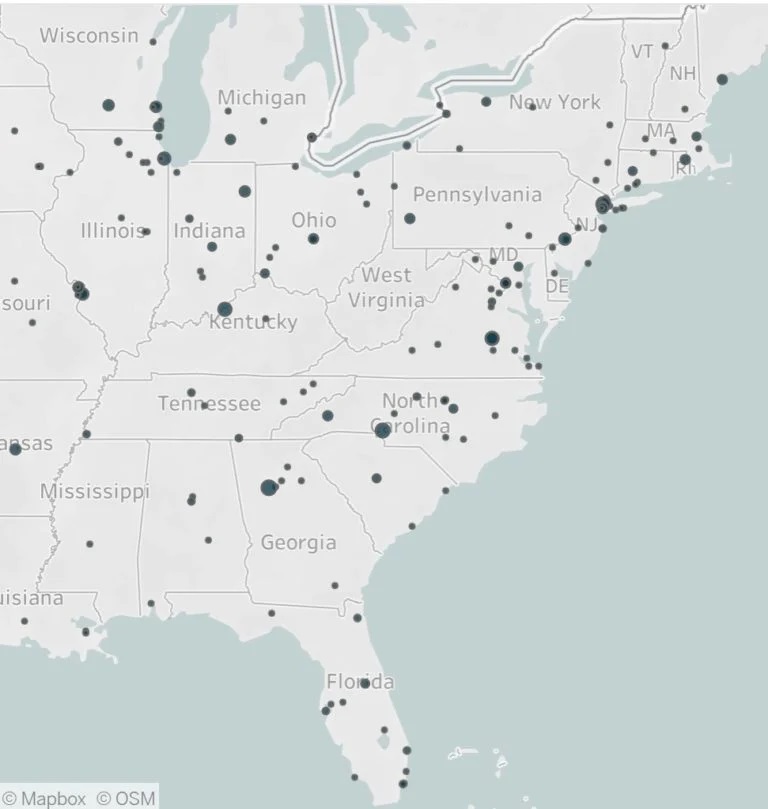 Antifa, Black Lives Matter, George Floyd, leftist mob, Report maps summer of violence: ‘Cause of violence is the people who have chosen to be violent’, U.S. riots, WorldTribune.com