Some $400 billion in U.S. pandemic unemployment money was stolen via fraud, most of it pilfered by foreign state-backed operatives, a report said. 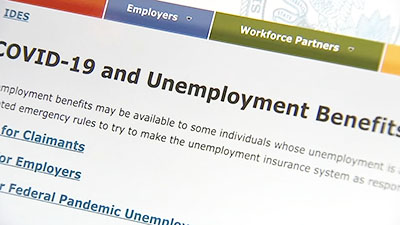 “Criminals may have stolen as much as half of the unemployment benefits the U.S. has been pumping out over the past year,” Axios reported on Friday. “Unemployment fraud during the pandemic could easily reach $400 billion, according to some estimates, and the bulk of the money likely ended in the hands of foreign crime syndicates — making this not just theft, but a matter of national security.”

The system of distributing the unemployment checks to Americans during the pandemic was wide open to fraud as priority was placed on getting the money out as quickly as possible, analysts say.

The bulk of the theft was carried out by foreign criminal syndicates, CEO of LexisNexis Risk Solutions Haywood Talcove told Axios: “[Talcove] estimates that at least 70% of the money stolen by impostors ultimately left the country, much of it ending up in the hands of criminal syndicates in China, Nigeria, Russia and elsewhere.”

“These groups are definitely backed by the state,” the CEO said.

Axios noted that “much of the rest of the money was stolen by street gangs domestically, who have made up a greater share of the fraudsters in recent months.”

While state are now getting more sophisticated about preventing the unemployment fraud, “it’s far too late,” Axios added.