U.S. taxpayer money is reportedly going toward the establishment of so-called “gender transition closets” in public schools which are being kept secret from parents.

The closets are stocked by teachers with transgender clothes and accessories for students to change into after arriving to school and back out of before going home, The Epoch Times reported on April 22. 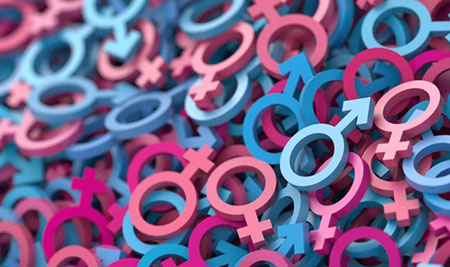 In a recent TikTok video, a California teacher says: “The goal of the transition closet is for our students to wear the clothes that their parents approve of, come to school and then swap out into the clothes that fit who they truly are.”

The California Family Council and others eventually confirmed the identity of the teacher as Oakland Unified School District Spanish teacher Thomas Martin-Edwards, who is also the founder of “Queer Teacher Fellowship.”

During an interview posted to the social media platform Rumble, Martin-Edwards said: “We’ll be working with the organization The Transition Closet to provide clothes for transgender, non-binary, and gender exploring youth, who maybe don’t have the access or the safety to get those clothes in their personal lives. They’ll be able to come to school and change into the clothes that make them feel more at home and more like themselves. And I just think that’s lovely.”

Martin-Edwards has posted videos of himself in the classroom showing off the stilettos he wears to school.

“This is [an] example of the deceit schools are deliberately using to carry out a growing transgender movement in public schools behind the backs of parents,” the California Family Council wrote on its website. “In addition to gender ideology madness, this school is teaching children that it is acceptable to defy their parents.”

The California Family Council said it first learned of the trans closet through a Facebook posting by The Transition Closet non-profit group.

On its Facebook page, The Transition Closet states it is working with one of the district’s high schools to create a trans closet — posting “we are extremely excited to begin our journey in working with Fremont High School of Oakland, California, along with our favorite teacher of TikTok/@justaqueerteacher.”

Amare Roush, founder of The Transition Closet, told The Epoch Times that her organization supports keeping the existence of trans closets at schools secret from parents, because of the abuse she says children often face at home if they disclose to their parents they are transgender.

“We do provide a safe space for kids whose parents are not accepting, because it’s known to help lower the suicide rate,” said Roush.

According to The Post Millennial, the Transition Closet also has videos uploaded online including one that shows females who identify as trans males how to bind their breasts so they appear more masculine.

In an email to CBN News, SaveCalifornia.com Founder and President Randy Thomasson warned California parents to get their children out of public schools before it’s too late.

“This shows how far government-controlled schools have fallen. Sexually-confused children are mentally molested all the more, while parents are kept in the dark,” Thomasson said. “Get your precious boys and girls out of the godless government schools, while you still can.”

“There are only two sexes, male and female. You’re male if you’ve inherited a Y chromosome from your biological father; if you haven’t, you’re female. Nothing can change this God-given fact of nature,” he concluded.

Social media posts about trans closet operated out of the Denver Conservatory Green Middle School in Colorado ignited a flurry of responses slamming the school for encouraging transgenderism among students as young as 12.

“This is grooming,” tweeted one Colorado man, “Police should come to the classroom and arrest whoever the teacher is in this classroom.”

Roush told The Epoch Times that her organization is working with other schools in the United States to start trans closets and her organization currently runs them at several churches including Lutheran, Episcopalian, and Methodist churches.