Clark County Sheriff Joseph Lombardo said on Jan. 18 it was not his department’s “standard practice” to release a report on an open case, but he “felt it was important” to release an “overview” of the Oct. 1 mass shooting in which Stephen Paddock killed 58 people and wounded more than 700. 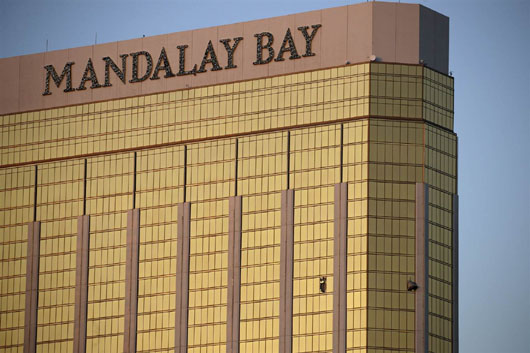 What was Paddock’s motive?

Ron Hosko, former FBI assistant director of the Criminal Investigative Division, told the Daily Caller: “They haven’t gone into the why. Tell me more about what was driving this guy. They interviewed many witnesses. What did they say? That part’s not in there. There’s no substantive part that tries to explain ‘why.’ ”

Sheriff Lombardo noted his department’s report said “Nothing was found to indicate motive on the part of Paddock.” The report “is not going to answer every question or even answer the biggest question, as to why he did what he did,” Lombardo said.

The Daily Caller, citing a report by Foreign Affairs, noted that ISIS “twice claimed that the shooter was carrying out the attack on its behalf and the Paddock had converted to Islam months before the attack.”

The Daily Mail reported on claims that Paddock had ties to a left-wing Melbourne, Australia, Antifa group. On a Facebook post since deleted, the group claimed responsibility for the attack. “One of our comrades from our Las Vegas branch has made these fascist Trump supporting dogs pay.”

The police report states that “Paddock acted alone” and says the shooter left behind no manifesto, no suicide note or anything that showed “evidence” of radicalization.

A psychological profile of Paddock is missing

“Whoever prescribed, whoever consulted this guy on the couch, that’s the sort of information we need, whether through a court order or however we get it,” Hosko told the Daily Caller. “Lay that part out for me. And even in an interim report, give us an interim snapshot of what’s going on through this guy’s head other than the last round. To me this is significant and it’s omitted here.”

The Las Vegas police said in the report that “Every facet of Paddock’s life was explored.”

The report noted that “Paddock made numerous claims to friends and family that he consistently felt ill, in pain or fatigued.” His primary care physician “recalled the only major ailment Paddock had was a slip and fall accident at a casino approximately 3 years earlier, which caused a muscle tear.”

“The physician described Paddock as ‘odd’ in behavior with ‘little emotion’ shown. He believed Paddock may have had bipolar disorder however, Paddock did not want to discuss that topic further with him,” the report states.

“Yet there is no comprehensive information about Paddock’s medical history, his prescription drug use, or a mental health record,” the Daily Caller noted.

Hosko believes the financial profile is critical in understanding Paddock. “Where is there any kind of financial snapshot? It’s a big piece that’s missing,” he said.

On the day of the preliminary report’s release, Sheriff Lombardo admitted finances could have been one possible motive for his actions: “I’ve put out in the public space that he had lost a significant amount of his monetary wealth in close proximity to 1 October and that may have a driving factor associated with it,” he told reporters.

But the police report, the Daily Caller noted, “only devoted a single paragraph to his financial history.”

Paddock was at one time an IRS agent and also an auditor for Lockheed Martin and Boeing. He owned residences in Mesquite and Reno.

But, the Daily Caller noted, “aside from a few brief references, there is absolutely no financial profile of Paddock.  There is no review of his loans, spending habits, investments, business partnerships, mortgages, and the size of his various gambling debts.”

Wayne Black, an official with 40 years experience in law enforcement, told the Daily Caller that the lack of photos tied to Paddock’s activities while at the hotel is disturbing. “The missing pictures are more important than the pictures they released. They took hundreds if not thousands of pictures,” Black said.

In their report, the police acknowledge they obtained 21,560 hours of video and 251,099 photo images.

But, the Daily Caller noted, “there are no photos tied to the time while Paddock was actually observed in Las Vegas or at the Mandalay Bay resort hotel.”

Also, “there are no photos of his many trips to and from the hotel’s garage as he moved guns into the hotel. In all, he carried 18 AR-10 and AR 15 rifles and hundreds of pounds of ammunition housed in bulky gun magazines. More than 5,000 rounds of unused ammunition was found in his room after police stormed the large suite.”

“Did they pick him up on any cameras as he moved all those gun cases throughout the hotel?” Black asked. “If so, where are they?”

Finally, the Daily Caller said, “photos, toxicology reports and other materials not included in the LVMPD report could help establish the timeline and work to combat some of the conspiracy theories arising in the wake of America’s deadliest mass shooting.”

The police department has not set a date when the final report will be released.

On Feb. 9, the coroner’s pathology report on Paddock was released to the Associated Press and the Las Vegas Review-Journal. It can be viewed here.