The first coronavirus death in the United States occurred on Feb. 6, weeks earlier than thought, a report said. 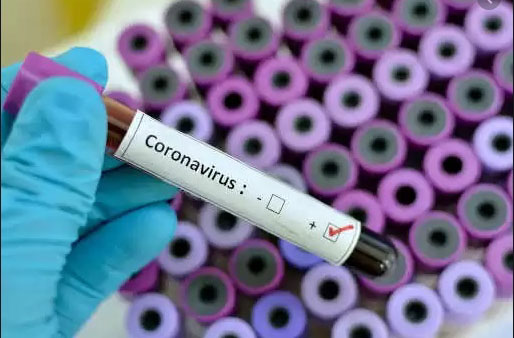 The medical examiner in Santa Clara County, California announced on April 21 that two deaths in the county, on Feb. 6 and Feb. 17, were not initially thought to have been COVID-19-related, but further testing revealed that they were.

A fatality reported by officials in Washington state on Feb. 29 was initially thought to be the earliest U.S. death from the Wuhan coronavirus.

“We know there was a person diagnosed in late January with the virus — but to have at least three people right around the beginning of February and late January already have the infection and two of them pass away means the virus has been around for a while,” Santa Clara County Executive Jeff Smith confirmed to the Mercury News.

Both of the initial Santa Clara County fatalities are people believed to have contracted the virus from “community exposure.” They were not travelers to China or on a cruise ship.

“Assuming the person who died first was sick for at least two weeks (typically it takes 5 days for symptoms to show and assuming that the illness progressed normally) before dying at home (this also hints that they didn’t perceive themselves, and weren’t perceived by anyone else, to be sick enough to call 911), they acquired the disease in mid-January,” RedState’s streiff noted. “This finding dovetails with the extraordinary levels of exposure to Wuhan noted in Santa Clara and Los Angeles Counties. It also gives credence to the suspicion that the heavy ‘flu season’ was, in fact, Wuhan already present in the U.S. in force in December.”

Former New York Times reporter and out Wuhan coronavirus skeptic Alex Berenson said in a series of tweets on April 22:

“1/ Okay, this is a big deal. Given the time lag from infection to symptoms to death, it implies that #SARSCoV2 was present in California by mid-January at the latest – but it is very unlikely that the first person to develop #COVID in the U.S. died from it.”

“2/ Of note, the first known arrival of #COVID in the U.S. has been dated to Jan. 15 in Seattle, and until now the first known death also occurred in Seattle – on Feb. 29 – more than three weeks after this death, on Feb. 6.”

“3/ So this is yet more evidence #SARSCoV2 has been present for longer and spread wider in the U.S. than previously understood (because the replication cycle is so short and the transmission rate so high, even two weeks could make a 5-15x difference in the number of infections).”

A preliminary study released last week by Stanford University-led researchers found that actual Wuhan coronavirus infections in Santa Clara County were likely 50 to 85 times higher than reported cases, also suggesting that the virus has been active in California’s Bay Area much longer than thought and the fatality rate was much lower than originally thought.

What the new revelations also mean, streiff noted, “is that California has had a total of 1,300 fatalities attributed to Wuhan.”

Streiff concluded: “It is becoming increasingly obvious that the entire Wuhan lockdown is a grotesque overreaction to a virus that isn’t particularly deadly or virulent. It is becoming equally obvious the models driving this are utter nonsense and the people pushing those models are knowing or, worse, unknowing frauds.”