More than 800,000 votes cast by illegal aliens went to Hillary Clinton in the Nov. 8 election, according to a report. 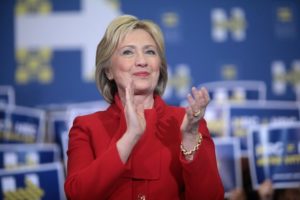 Richman calculated that Clinton would have received 81 percent of the non-citizen vote.

Richman said that, based on national polling by a consortium of universities, 6.4 percent of an estimated 20 million adult illegal aliens in the U.S. voted in November. He said he extrapolated that the percentage would have added 834,381 net votes for Clinton, who received about 2.8 million more votes than Trump.

“Still, the finding is significant because it means non-citizens may have helped Mrs. Clinton carry a state or finish better than she otherwise would have,” Rowan Scarborough reported for The Washington Times on Jan. 26.

Trump returned to the issue on Jan. 26 in Philadelphia, where he spoke to congressional Republicans mapping this year’s legislative calendar.

The major media dismissed Trump’s charges, claiming there is no evidence of fraud.

“Most voters are never asked for voter ID, so it is dishonest to suggest that with the tens of millions of illegal and legal aliens here, there is no voter fraud,” said Judicial Watch President Tom Fitton. “If the key Old Dominion study results on the 2008 election are applied to 2016 — 1.41 million aliens may have voted illegally, with 1.13 million voting for Democrats.”

“A federal voter fraud investigation is long overdue,” Fitton said. “It would be a simple matter of analyzing voter registration databases against federal databases of aliens and deceased individuals. Why is the left afraid to even ask the questions? The jig is up.”