China is committed to supporting the narrative of an improper link between Donald Trump’s 2016 election campaign and the Russian Government, a report said. 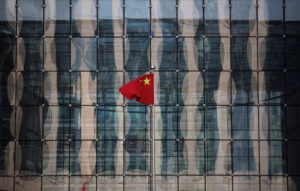 “Chinese intelligence money and influence is promoting the idea that Russia is the enemy [of the U.S.] and that it attempted to influence the U.S. elections,” a source said, according to an Oct. 24 report by Geostrategy-Direct.com: “Japan-Russia rapprochement? Beijing fights entente linking Europe, Northeast Asia

“That is, perhaps, one of the real scandals in Washington.”

Russian President Vladimir Putin and Japanese Prime Minister Shinzo Abe “have very good reason to believe that they are on the same page” as U.S. President Donald Trump “in attempting to force the negotiations with Pyongyang away from Beijing’s dominance,” GIS/Defense & Foreign Affairs said in an Oct. 24 analysis.

China “has been keen to [maintain] control over North Korea, and returning the negotiations with Pyongyang to the six party talks process would do that, and would ensure that there was no resolution of the crisis on the Peninsula,” the analysis said. “That would keep the DPRK as a buffer zone along the China’s Yalu River, but it would also stop the proposed logistical links via South Korea up through the DPRK to Vladivostok, and onward through Russia to Western Europe.”