Report: Asian economies on the move in 21st century

Asian economies will continue to advance in 2018 and in the coming decades will top Europe’s leaders and, eventually, the United States, a report said. 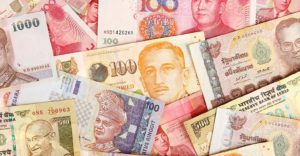 The Center for Economics and Business Research (CEBR) in London predicts that China will overtake the U.S. as the world’s largest economy by 2032.

By that time, the CEBR said, China, India and Japan will have three of the world’s top four economies.

Also by 2032, South Korea and Indonesia will be in the top 10, surpassing Italy and Canada.

In the immediate future, the CEBR sees India overtaking the UK and France in 2018 to become the world’s fifth-biggest economy in dollar terms. India will advance to third place by 2027, moving ahead of Germany.

India’s advance won’t stop there, according to the CEBR, which sees it taking the top spot in the second half of the 21st century.