Among the most highly viewed videos on Twitter includes socialist Democrat Rep. Alexandria Ocasio-Cortez railing against dark money in politics.

AOC has called dark money the “enemy to democracy.” 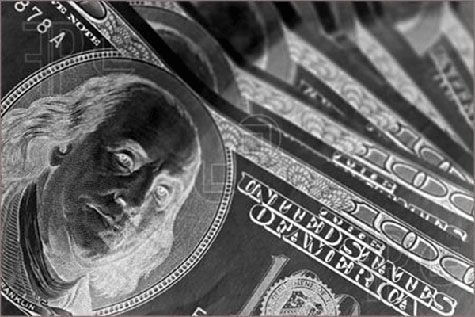 Many observers note that when leftists make such comments they are only referring to dark money which benefits Republicans.

In fact, leftists have ascended to power in recent years with a huge boost from dark money operations such as Arabella Advisors, a report noted.

The Daily Signal noted on Sept. 11 that Arabella’s “dark money machine” pumped nearly $2 billion into leftist politicians and causes between 2006 and 2018, including $635 million in the 2018 midterms.

In 2020, Arabella’s Protect Our Care is boasting about its new “coronavirus war room,” set up not to disseminate useful information about the virus and how to fight it, but to sink Republicans in the coming election.

The Arabella machine’s Trusted Elections Fund intends to raise millions of dollars to take advantage of the coronavirus in order to push vote-by-mail.

“If leftists gain more positions of power in the near term, they’ll owe much of their victory to Arabella Advisors’ shadowy nonprofit machine,” Hayden Ludwig, an investigative researcher at the Capital Research Center in Washington, D.C., wrote for the Daily Signal.

Dark money is funding raised for political purposes by nonprofits, who are free to keep the identities of their donors a secret. It is the specialty of Arabella Advisors which uses the funds to attack conservatives on health care, the courts, “and everything in between,” Ludwig wrote.

The dark money monster works closely with professional leftist activists to run over 300 “pop-up” groups: slick websites posing as grassroots activist groups that can appear and vanish in an instant, Ludwig’s report noted.

“Virtually none of these groups reveal any connection to Arabella Advisors or the Arabella nonprofits that run them, making it nearly impossible to discover which donor actually funds them. That’s about as ‘dark’ as you can get,” Ludwig wrote.

During the 2018 midterms, Arabella pop-ups like Protect Our Care and Health Care Voter savaged Republicans on health care, an issue many observers agree damaged the Republican brand and helped elect politicians aligned with Arabella’s donors.

Ludwig noted that Arabella Advisors “receives almost no scrutiny from mainstream media — let alone from liberal ‘dark money hawks’ like Democrat Sen. Sheldon Whitehouse of Rhode Island. If liberals really want to shut big donors out of politics, they should start with the dark money powerhouses funding their own agenda.”