Report: 100,000 non-citizens are registered to vote in Pennsylvania

A law firm which focuses on election integrity has found at least 100,000 cases of non-citizens being registered to vote in Pennsylvania. 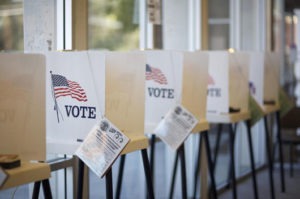 The Public Interest Legal Foundation (PILF) on Feb. 26 said it filed a lawsuit against the Pennsylvania Department of State for failing to disclose that the non-citizens are on the state’s voter rolls.

PILF cited a 2017 report by City of Philadelphia Commissioner Al Schmidt to the Pennsylvania Assembly “which detailed how a DOS/PennDOT study of non-citizen driver’s license holders matched records belonging to roughly 100,000 current voters in the statewide registration database.”

DOS/PennDOT initiated the study in September 2017 after state officials confirmed a “glitch” in the system that, since the 1990s, offered voter registration opportunities to all PennDOT customers regardless of citizenship status, PILF said.

“Prior to the study, election officials only took actions to remove ineligible non-citizens from the rolls after they self-reported their statuses,” PILF said. “A full accounting of how many registered and voted remains unclear due to the DOS’ intentionally limited transparency.”

PILF’s investigation found non-citizens registered and voted in Pennsylvania and other states.

Included in its findings: