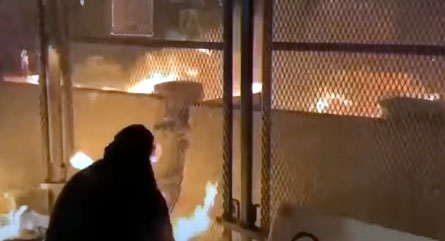 Representative Jim Jordan indirectly confronted Jerry Nadler with reality during his opening statement at AG William Barr’s appearance before the House Judiciary Committee today. During his opening statement, Jordan played minutes of video footage of the riots while Nadler watched. After the video ended Nadler made a snarky comment about how long Jordan’s opening statement was, and then said “without objection, I am going to insert the committee’s audio video policy to the record of this hearing and note that the minority did not give the committee the 48 hour notice required by that policy” so it wouldn’t be entered into the record.

Related: ‘Catatonic with hate’: Federal agent describes what he saw in Portland, July 27, 2020