Remembering Andrew Breitbart who left us on March 1, 2012

Free Press Foundation president Robert Morton: “I first met Andrew when he worked with Matt Drudge and came in his stead to the White House Correspondents Dinner as my guest in the early 2000s. The second time we met was at a reception for James O’Keefe in southern California shortly after his infamous expose of ACORN. He did more than most to inspire the explosion of alternative media that represents the essence of the unique American Free Press.” 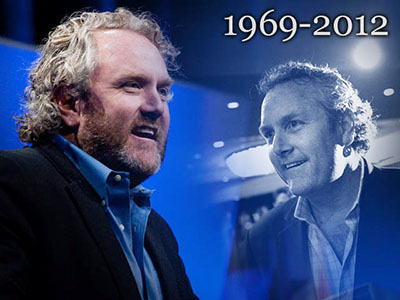 Breitbart News: “Ten years ago, today, we lost a giant: Andrew Breitbart. He was a visionary. We could go on and on about how Andrew was ahead of his time — about how he saw, over a decade ago, what we are seeing play out today in culture, media, and politics. We could talk about how many people he influenced in the conservative movement and how he taught those people how to enjoy the fight and how to fight to win—how to “walk toward the fire” as he would always say. Andrew was about something bigger than himself. He was about the movement as a whole.”

Project Veritas founder James O’Keefe: “10 years ago this morning I found out one of my mentors Andrew Breitbart died. He used to tell me, “People are going to say whatever and try to claim whatever to try and take us out. They have an irrational fear of us. They want us on a leash. We’re not going to be on a leash. They want us to dance. We’re not going to dance with them.” Andrew could at one moment be so light-hearted and in the next be a raging pitbull, filled with passion, righteous anger. In the beginning of Project Veritas we used to have almost daily late night phone conversations about speaking truth to power. There is nothing in this life as sweet as justice and nothing as motivating as injustice. A lot of people in the media and in the wider world waste their time pursuing power, money and glory. I’ve always found more interesting and important the pursuit of justice, the fight to expose facts and inform people, which can be quite a battle in an of itself. There is noble purpose in fighting. Andrew Breitbart took up arms in that fight with a zeal, an energy, and an optimism which was and always will be an inspiration to me. Here are some clips of us together back then.”

2012, Remembering Andrew Breitbart who left us on March 1, WorldTribune.com