An Iranian who the Obama administration allowed to enter the U.S. as a certified refugee was radicalized on America’s dime and ended up dying while fighting for Islamic State of Iraq and Levant (ISIL), reports say.

Adnan Fazeli, who was supported by a taxpayer-funded group to settle in the U.S., wound up joining ISIL in 2013 and was killed in Lebanon in 2015 as part of the ongoing Syrian conflict. 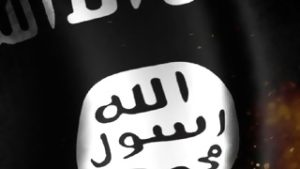 Fazeli, 38, of Freeport, Maine, collected food stamps and Temporary Assistance for Needy Families, officials said. The married father of three lost his payments in 2013 after he left for Turkey to join the terror group, Maine officials told the Portland Press Herald.

Analysts say Fazeli’s case is an example of a refugee terrorist that highlights GOP presidential candidate Donald Trump’s call on Aug. 15 for “ideological vetting of immigrants seeking admission to the United States.”

“Those who do not believe in our Constitution, or who support bigotry and hatred, will not be admitted for immigration into our country. . . Only those who we expect to flourish in our country — and to embrace a tolerant American society — should be issued visas,” Trump said.

There was little vetting when it came to Fazeli, reports reveal.

A Facebook post by his brother said Fazeli “initially came to Philadelphia in 2008 [as a refugee from Iran] and then moved to Portland, Maine [in 2009].”

The brother is “Dr. Jabbar Fazeli . . .  a physician in Maine [who] currently serves as chairman of the board of the Maine Medical Association,” the Press Herald reported.

The terrorist Fazeli “came to Maine as a refugee in 2009 [and] became radicalized in his Islamic faith while living here and was fighting for the Islamic State when he was killed last year in Lebanon, according to newly unsealed federal court document,” the Press Herald said.

The report added that Fazeli “came under investigation by the FBI for his connection to the terrorist group shortly after he left his job at Dubai Auto in Portland to fly to Turkey on Aug. 13, 2013, and never returned.”

Fazeli, who also went by the names Abu Nawaf and Abu Abdullah Al-Ahwazi, was killed on Jan. 23, 2015, in a battle near Ras Baalbek in Lebanon as part of an ISIL attack force of about 150 that was thwarted by the Lebanese army.

The Press Herald reported that “accounts of four anonymous informants for the FBI… described how Fazeli’s behavior began to change about a year after he came to the Portland area through Catholic Charities Refugee and Immigration Services.”

Catholic Charities of Maine told Breitbart that the organization “provided no assistance” to Fazeli.