Rasmussen poll finds surging support from all races for police

Calls to “defund” the police from Black Lives Matter and Joe Biden are meeting their first signs of backlash, a new Rasmussen Reports poll shows. 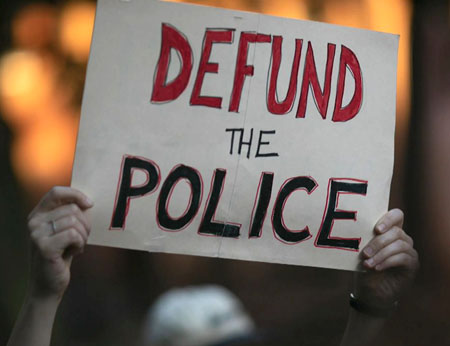 In the poll, 66 percent of respondents said they oppose cutting the police budget in their community to channel money to social services. That is up from 59 percent last month.

Rasmussen also noted that 23 percent “favor defunding the cops where they live,” and that is down from 27 percent just a few weeks ago.

It’s not just a white thing. Rasmussen said that 57 percent of black people oppose defunding police in their home community. For whites, it’s 69 percent, and for other minorities, it is 62 percent.

“A growing number of people are voicing their support for law enforcement, especially in their neighborhood, and shifting away from the ‘defund’ effort,” Bedard noted.

The shift away from calls by BLM and the Biden campaign to defund police comes as many cities have seen a surge in violent crime.

“Images of looting, flag burnings, and riots during anti-police and Black Lives Matter protests remain fresh in the minds of the public, especially those in the suburbs,” Bedard noted.

The new survey said that many believe that a cut in funding of traditional policing will lead to higher crime rates. Only 12 percent now think defunding police will cut crime. Another 61 percent see crime increasing.