Question: Why is California facing a Quakealypse? 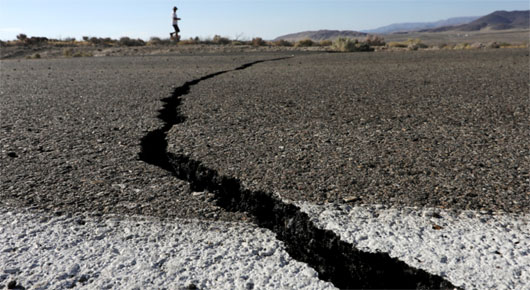 This month, we introduce a new daily feature: ‘Question of the Day’. Let’s have some fun! Send your responses here [world@worldtribune.com] or comment on Facebook and we’ll publish the best.

Question of the Day, July 8, 2019: Defend your response to the following:  California’s earthquakes are caused by:  a) Climate change, b) Fracking, c) Democrat Party governance, d) Hollywood’s failure to heed and make more films like ‘Ten Commandments’, d) None of the above. The following is the real cause:

A federal appeals court on July 3 ordered the unsealing of documents about financier Jeffrey Epstein, a sex-trafficking ring and  “numerous prominent American politicians, powerful business executives, foreign presidents, a well‐known Prime Minister, and other world leaders.” Former President Bill Clinton reportedly took 26 trips on Epstein’s private jet which was dubbed the “Lolita Express”. Should he and other powerful figures be exposed or will the court order be successfully appealed?

“Let’s hope – Bill and Hillary are deeply involved as was shown in the Miami case where Epstein got a pass and the victims were not allowed to testify at sentencing – this was designed to keep Epstein quiet and not involve the Washington Elite.” – Howard Levings

“Considering James Comey’s daughter is one of the prosecutors on the case, I have my doubts.” – Violet Parrish DAmbra

“Yes! expose all of them.” – Margaret Canning Preston Franklin

Question of the day, Question: Why is California facing a Quakealypse?, WorldTribune.com