The number of Millennial and Gen Z adults identifying as LGBTQ has spiked in the past decade and is expected to make up 10 to 15 percent of the U.S. adult population “in the not too distant future,” according to a new Gallup poll. 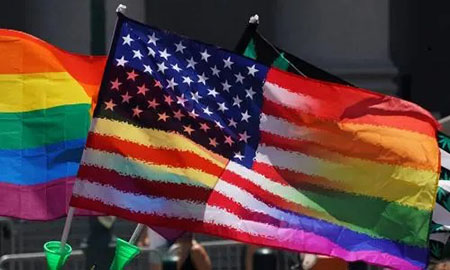 How to explain this phenomenon?

“The kids are growing up now … in a very different environment,” Jeff Jones, the author of the Gallup poll, told Axios, adding that LGBTQ young adults are “much more likely because of their environment to acknowledge that and to accept that compared to people in the past who were in a similar situation.”

Gallup asked respondents if they identify as lesbian, bisexual, transgender, or something other than heterosexual. Respondents could pick as many options as applied to them. Those who responded with another identity, like queer or pansexual, were recorded as “other LGBT” and were included in the estimate.

Of those identities, bisexual was the top choice with 57 percent of LGBTQ Americans in the poll identifying as bisexual.

Gen Zers who have turned 18 since 2018 are more likely than older members of Gen Z to identify as LGBTQ, so the number of LGBTQ adults will likely increase as all Gen Zers reach adulthood, Jones said.