A video in which President Donald Trump on Jan. 6 implored his supporters to “go home in peace” was deleted by Twitter about five minutes after it was posted, a new social media post notes.

The video that nobody got to see because Twitter took it down 5 minutes after it launched on J Six. pic.twitter.com/dxpX7noOYd

“Why did Twitter quickly take down this video that I made on January 6th, and why isn’t the Unselect Committee of political hacks talking about it?” Trump said in a statement on April 22.

Other tweets in which Trump called on supporters to be “peaceful” and respect law enforcement were censored and later removed by Twitter. 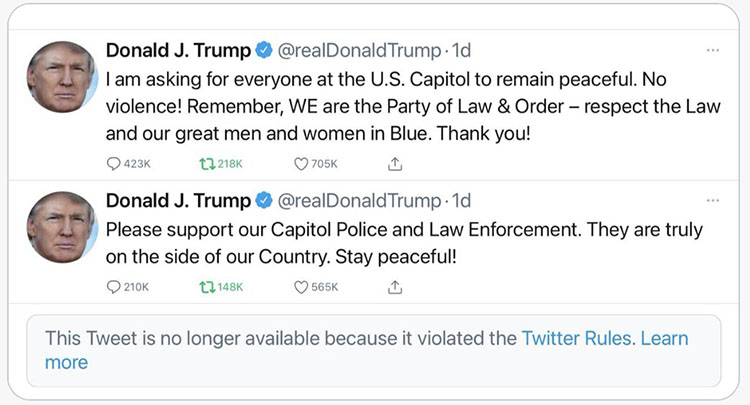