President Trump: ‘We have so much evidence . . . . can’t have an election stolen like this’ 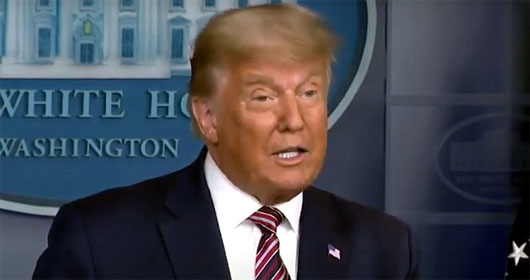 President Trump addressed the nation from the White House on Thursday evening to discuss the state of the election, which still does not have a clear victor. Trump claimed that the campaign has proof of fraud.

He spoke about the problem of mail-in balloting, and that it’s “getting worse and worse everyday, and we’re hearing horror stories, absolute horror stories.” Trump said it’s not about who wins, but about a fair election.

President Trump: ‘We have so much evidence . . . can’t have an election stolen like this’