A pollster who correctly predicted Donald Trump’s victory over Hillary Clinton in 2016 is saying that Americans are prepping to unleash a “red tsunami” in Tuesday’s midterm elections. 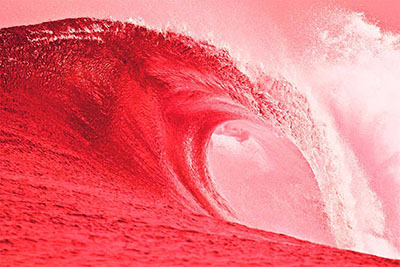 Patrick Basham, the polling director at the Democracy Institute, predicted that Republicans will win control of the House and Senate.

Democrats currently hold a majority with 220 to 212 seats and three vacancies.

The poll does not bode well for Democrats in the Senate either. Democrats have put up a veneer of optimism, hoping to maintain the current 50/50 status quo, giving Kamala Harris the tie-breaking vote.

The Democracy Institute poll suggests that likely voters favor Republicans by 49% to 46%.

This outcome would give Republicans up to 54 seats in the Senate, with Democrats dropping to 46.

In 2016, Basham’s Democracy Institute had said: “The new poll finds Trump establishing a clear lead over Clinton, 50 percent to 45 percent, among decided voters. The outcome nevertheless remains in doubt, as an unusually large number of undecided voters (10 percent) could yet swing the election Clinton’s way, although their eventual, disproportionate support for Trump is the more probable development.”