Poll shocker: Most Americans believe all races plagued by racism

A new Rasmussen survey found that, not only do Americans think people of all races can be racists, but that blacks are more racist than whites. 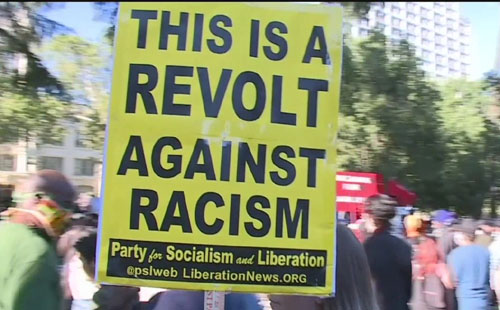 “This is hardly the line of thought the left would have believed — or that wants believed, for that matter. There’s money to be made in victimhood; there are careers — political careers, nonprofit careers, activist careers and more — to be made in racism,” Chumley wrote.

In the poll, 18 percent say most whites in America are racist.

Fifteen percent say most Hispanics in America are racist.

Thirteen percent say most Asians in America are racist.

Twenty-five percent say most blacks in America are racist.

That means: “Americans believe blacks are more racist than whites, Hispanics and Asians in this country,” Rasmussen wrote.

After all, Chumley added, “if whites aren’t the brutal racists Americans have been pressed to believe, if blacks are actually the ones to blame for all the racially toned uprisings in recent time, where does that leave those who’ve made names for themselves decrying all this white-against-black racism?

“Having to put back some monuments, for one.

“Having to recognize the Constitution as a document of good and fair governance, for another.

“Having to quit the fund-raising based on police brutality, for yet another.

“Having to go home, get off the streets, wipe away all the Black Lives Matter slogans from business storefronts, and admit and acknowledge uncomfortable truths. And look to removing logs from their own eyes, rather than pointing to sticks — toothpicks — in others.

“In short: There goes the whole Democratic Party’s platform.”