A new scientific poll shows that Donald Trump’s supporters have a broader  and more precise knowledge of the key issues in the 2016 election than do supporters of Hillary Clinton. 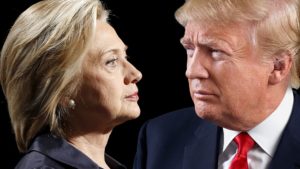 The national poll surveyed 700 people who vote “every time there is an opportunity” or in “most” elections.

For each question, those surveyed were offered a selection of two or more answers, one of which was true. Voters were also given the opportunity to reply “I don’t know.”

There were 23 questions asked in the poll.

Here is a look at a few:

Question 4: When conventional public schools are subject to school choice programs that allow students to leave for private or charter schools, do the children who remain in the public schools academically decline?

Correct Answer: No. At least 21 high-quality studies have been performed on the academic outcomes of students who remain in public schools that are subject to school choice programs. All but one of the studies found neutral-to-positive results, and none of the studies found negative results. This is consistent with the theory that school choice stimulates competition that helps public schools to improve.

Question 6: On average, who would you say pays a greater portion of their income in federal taxes: The middle class or the upper 1% of income earners?

Correct Answer: The upper 1%. The Congressional Budget Office, the Obama administration Treasury Department, and theTax Policy Center have all documented that households in the top 1% of income pay an average effective federal tax rate of about 34%, while middle-income households pay about 13%. These tax rates account for nearly all income and federal taxes. Claims to the contrary, which are often voiced by politicians and the media, are based on misleading calculations that exclude large portions of people’s taxes and/or incomes.

Question 10: From the time that the Great Recession ended in 2009, which do you think has grown at a faster rate, the U.S. economy or the national debt?

Correct Answer: The national debt. From the time that the Great Recession ended in 2009, the national debt grew by 71%, while the U.S. economy grew by 28%.

Question 13: Now, just thinking about the United States, in your opinion, is the air generally more polluted than it was 30 years ago?

Correct Answer: No. EPA data shows that ambient levels of criteria air pollutants have declined significantly over the past 30 years. The same holds for emissions of hazardous air pollutants. Lower levels of pollution can improve human health andreduce problems like learning deficits and behavioral disorders.

Correct Answer: Improve. As shown by analyses conducted by the chief actuary of the Social Security Administration and a bipartisan presidential commission, proposals to give Social Security an element of personal ownership generally strengthen the program’s finances. Although some tax revenues that would have gone to the program instead go to people’s personal retirement accounts, these tax revenues are more than offset by the savings of not paying these individuals full benefits.

Question 23: In 2010, Congress passed and President Obama signed the Affordable Care Act, also known as “Obamacare.” This law uses price controls to save money in the Medicare program. Do you think these price controls will affect Medicare patients’ access to care?

Correct Answer: Yes. As explained by Medicare’s actuaries, the price controls in the Affordable Care Act will cut Medicare prices for many medical services over the next three generations to “less than half of their level under the prior law.” The actuaries have been clear that this will likely cause “withdrawal of providers from the Medicare market” and “severe problems with beneficiary access to care.”