Saudi and Egyptian citizens overwhelmingly disapprove of Barack Obama and prefer Hillary Clinton over Donald Trump in the 2016 race for the U.S. presidency, according to a new report.

The study published on June 13 by the Institute of Policy and Strategy at IDC Herzliya found that citizens of the two U.S. Mideast allies preferred Clinton despite widespread disapproval of President Barack Obama, who last week endorsed Clinton to succeed him. 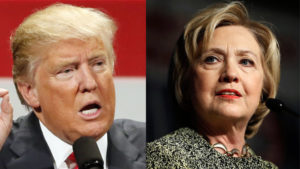 On the Iranian nuclear deal, which was strongly opposed by the majority-Sunni states of Egypt and Saudi Arabia, respondents in both countries overwhelmingly believe Obama’s successor will not nullify the agreement. Only 19.7 percent of Egyptians and 13.6 percent of Saudis were optimistic that the next U.S. president would cancel the deal.

Few believed the U.S. would send ground troops to fight ISIL, with only 17.9 percent of Saudis and 32.3 percent of Egyptians responding that the next U.S. president would be prepared to commit ground troops.