President Donald Trump planned on July 11 to announce he would sign an executive order to ensure that a citizenship question is included in the 2020 Census.

The citizenship question has not been asked on the full Census since 1950. 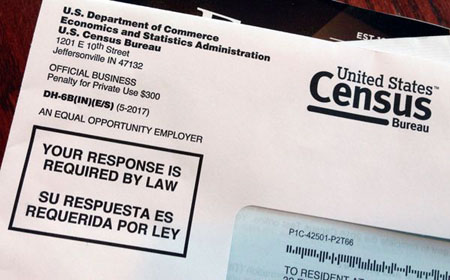 Most recently, the U.S. Supreme Court voted 5-4 to block the addition of the citizenship question on the upcoming Census.

The survey found that 59 percent of blacks and 55 percent of Hispanics are in favor of asking on the Census if U.S. residents are American citizens or not.

The poll found that 72 percent of white Americans, nearly 90 percent of Republican voters, 63 percent of swing voters, and 64 percent to 69 percent of working-class Americans favor the citizenship question.

Democrats insist that putting the citizenship question back on the Census is a racially-motivated move.

A video by the Washington Post on the citizenship question’s impact on congressional districting admits that adding the question to the Census would give more power to rural America, rather than major coastal metropolitan regions where the vast majority of illegal immigrants reside.

In a column for Breitbart News, Kris Kobach, a U.S. Senate candidate in Kansas, explained why the citizenship question on the 2020 Census is paramount to restoring electoral fairness in congressional districting:

“Aside from the obvious fact that every sovereign nation ought to know how many citizens it has, there are even more important reasons to know this information. The very principle of one person, one vote, is at stake.

“Think of it this way. There are about 710,000 people in each congressional district. But, if half of the district is made up of illegal aliens, then there are only 355,000 citizens in the district. The value of each citizen’s vote in such a district is twice as high.”