Polling firms with a bias toward Democrats and their allies in the major media have been intentionally churning out fraudulent election polls for years, a report noted.

“Republicans say it matters because anti-GOP polls can suppress votes, hurt fundraising and lead to news media reporting that the Republican candidate has little chance,” Rowan Scarborough reported for The Washington Times on Nov. 15. 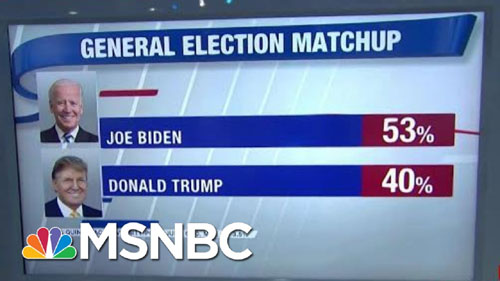 In 2016, Trump won the presidency by shattering the Democrats’ so-called “blue wall,” winning in Pennsylvania, Michigan and Wisconsin despite scores of polls that said he had little or no chance.

“It was an awakening for conservatives’ long suspicions of liberal news outlets and whether they try to suppress the Republican vote,” Scarborough noted.

On Election Night 2020, the subsequently-disgraced Fox News decision desk said Democrats would pick up at least five House seats. Republicans are on their way to gaining 10 or more.

“Liberal media polls were so one-sided that pundits such as FiveThirtyEight gave Trump only a 10 percent chance of winning. Races in battleground states turned out to be much closer, as they were in 2016,” Scarborough noted.

“Oversampling Democrats has been going on for years,” he said. “I started to really take notice in 1994.”

The trend appears to have started in 2014.

In Kansas that year, most polls put the race between Democrat Greg Orman and Republican Sen. Pat Roberts at either a dead heat or gave Orman a slight lead. Those polls included Fox News, Survey USA and NBC News. Roberts won by 11 points.

In Iowa, polls said Republican Sen. Joni Ernst was engaged in a tight race with Democrat Bruce Braley. Quinnipiac University had the Senate race tied, as did Reuters. Fox News said Ernst was up 1 point. Ernst won by 9 points.

In Arkansas, the RealClearPolitics polling average for Sen. Tom Cotton was a 7-point lead. He won by 17.

In 2018, Florida Republican Ron DeSantis won the governorship despite every mainstream poll saying he would lose to Democrat Andrew Gillum. Quinnipiac placed DeSantis 7 points down and CNN at minus 12. Of the last 30 polls, only a TV station and the conservative-leaning Trafalgar Group forecast DeSantis winning.

In Missouri, polls failed to detect the 6-point win for Republican challenger Josh Hawley against Sen. Claire McCaskill. Fox News had the race tied. NBC/Marist put McCaskill up by 3 points.

“The Nov. 3 election was another black eye” for pollsters and the media, Scarborough noted. “Analysts gave Trump only a 10 percent chance of beating Biden, based on bad polls. The president had no shot in Michigan and Wisconsin, the polls said, and a faint opportunity in Pennsylvania.”

Republicans contend that constantly telling Trump voters that their candidates have little chance has the effect of discouraging them from going to the polls.