The Obama administration has granted special amnesty to illegal aliens it claims were victims of Hurricane Matthew. Such human resources are widely acknowledged to be a key target demographic for the Democratic National Committee. 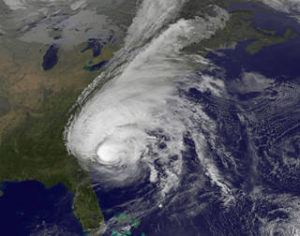 “There’s no disputing that Hurricane Matthew had a devastating impact in the region and its effects will linger for some time,” Judicial Watch’s Corruption Chronicles blog said on Oct. 18. The storm’s impact calls “for federal emergency help, but amnesty?”

The United States Citizenship and Immigration Services (USCIS), which sustains itself largely with customer fees, said it will waive the fees for illegals who didn’t show for their hearings “due to an inability to pay, caused by the storm, of course,” the Judicial Watch blog said.

The blog continued: “A few years ago, the Obama administration took advantage of Hurricane Sandy to waive immigration laws, including for violators of student visas like most of the 9/11 hijackers. The official announcement, issued by USCIS, stated that the government ‘understands that a natural disaster can affect an individual’s ability to maintain a lawful immigration status.’ Among the benefits of that hurricane amnesty was ‘expedited adjudication of off-campus employment authorization applications for F-1 students experiencing economic hardship.’ Hurricanes in other countries have also benefited illegal aliens in the U.S. who happen to be nationals of the affected regions, even though they don’t live there.”

“In the last few years Obama has granted Ebola amnesty for illegal aliens from Liberia, Guinea and Sierra Leone, earthquake amnesty for Haitians, hurricane amnesty for Hondurans and Nicaraguans and ‘ongoing armed conflict’ amnesty for nationals of Yemen, an Islamic Middle Eastern country well known as an Al Qaida breeding ground. Earlier this year the administration rewarded illegal aliens in the Southern and Midwestern United States ‘severe weather’ amnesty due to the flooding that battered the region and forced rivers from Texas to Illinois to surge out of control. Let’s not forget the water amnesty rewarded to illegal aliens in Michigan in February. That reprieve was implemented after pro-immigrant Spanish media outlets demanded that DHS refrain from enforcing immigration laws in areas of Flint affected by a crisis in which the area’s water got contaminated with lead from decaying old pipes.”