Polish households burning trash; ‘What happens when it really gets cold’?

Are Western environmental policies and sanctions on Russia over its invasion of Ukraine having their desired effect?

While Russia’s economy continues to beat expectations, Europe is preparing for a long, cold winter without being able to rely on Russia natural gas. 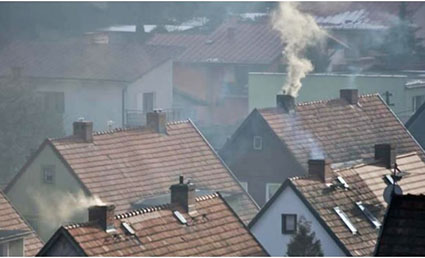 In Poland, as the demand for coal and wood to burn for heat outstrips the supply, citizens are resorting to burning trash to stay warm.

Warsaw resident Paulina Mroczkowska told Bloomberg that she’s already noticed people burning trash to heat their homes as a shortage of natural gas worsens and the cost of living spirals out of control.

“It’s so bad this season that you can smell trash burning every day, which is completely new. Rarely can you smell a regular fuel. It’s scary to think what happens when it really gets cold.”

The Polish government has temporarily suspended air quality controls “so people can burn coal for heating homes through next April to ease the worst energy crisis in a generation,” Zero Hedge noted in an Oct. 7 report.

Bloomberg cited Law & Justice leader Jaroslaw Kaczynski, the country’s most powerful politician, as suggesting citizens do whatever it takes to keep warm. He told supporters at a rally in Nowy Targ, southern Poland, that “one needs to burn almost everything, except for tires and similarly harmful things.”

Reports from the European Centre for Medium-Range Weather Forecasts show Europe could be headed for a frigid winter.

“People are scared and they are collecting anything that can be used for burning,” Piotr Siergiej, spokesman for a network of environmental activists called Polski Alarm Smogowy — or Polish Smog Alert, said.

Some municipalities in the country have rolled back environmental restrictions for this winter and beyond.

The panic for trash is already being seen around Poland, as one mayor told local news TVN24 news channel:

“We’re seeing a significant drop in garbage collection, especially when it comes to materials than could at least in theory be suitable for burning such as paper, cardboard and packaging.”

Polish households burning trash; ‘What happens when it really gets cold’? added by Editor Two on October 7, 2022
View all posts by Editor Two →