Records obtained by a government watchdog group show that 14 referrals of FBI employees were made to the Office of Professional Responsibility (OPR) for the unauthorized disclosure of sensitive or classified information. Only 3 of the 14 wound up being fired by the bureau.

Judicial Watch obtained the records in a Freedom of Information Act (FOIA) request. 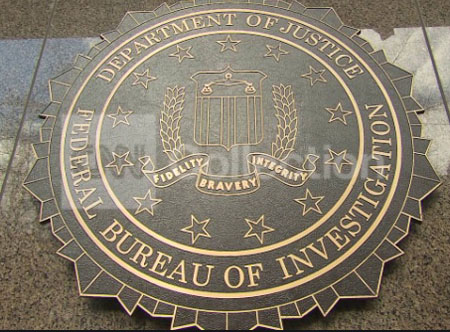 “No wonder the FBI was leaking so profusely. Collectively, these documents show a lenient treatment for evident criminal activity. Only three of the 14 employees found to have made an unauthorized disclosure were dismissed from the FBI,” said Judicial Watch President Tom Fitton.

The disclosure comes on the heels of Judicial Watch’s uncovering a FBI report detailing that fired Director James Comey kept at his house memos he had written after meetings with President Donald Trump. Comey also admitted to leaking those documents.

One referral obtained by Judicial Watch that appears to refer to former FBI Deputy Director Andrew McCabe was closed on March 20, 2018.

“SES [Senior Executive Service] employee released the FBI Sensitive information to a reporter and lacked candor not under oath and under oath when questioned about it, in violation of Offense Codes 4.10 (Unauthorized Disclosure – Sensitive Information); 2.5 (Lack of Candor- No Oath); and 2.6 (Lack of Candor – Under Oath).

MITIGATION: Employee has (redacted) years of FBI service and a remarkable performance record. Employee was facing unprecedented challengers and pressures.

AGGRAVATION: Employee held an extremely high position and was expected to comport himself with the utmost integrity. Lack of candor is incompatible with the FBI’s Core Values.

McCabe was fired from the FBI on March 16, 2018 for leaking to the media and lacking “candor.”

Sessions in a statement: “After an extensive and fair investigation and according to Department of Justice procedure, the Department’s Office of the Inspector General (OIG) provided its report on allegations of misconduct by Andrew McCabe to the FBI’s Office of Professional Responsibility (OPR). The FBI’s OPR then reviewed the report and underlying documents and issued a disciplinary proposal recommending the dismissal of Mr. McCabe. Both the OIG and FBI OPR reports concluded that Mr. McCabe had made an unauthorized disclosure to the news media and lacked candor − including under oath − on multiple occasions. Pursuant to Department Order 1202, and based on the report of the Inspector General, the findings of the FBI Office of Professional Responsibility, and the recommendation of the Department’s senior career official, I have terminated the employment of Andrew McCabe effective immediately.”

Fitton noted that “even though Andrew McCabe was fired and referred for a criminal investigation for his leak, no prosecution has taken place.”

The records obtained by Judicial Watch show that penalties for unauthorized disclosure of sensitive and/or classified information ranged from no action (due to administrative closure) to, as in the case of McCabe, dismissal.

Other FBI employees’ offenses reported in the documents list several cases in which the final action was less severe than OPR’s proposal: