Despite its leadership’s reference to 2017 as a “tough year,” Planned Parenthood increased its profits by $21 million and took in nearly $544 million in taxpayer funding.

Opponents say that, while it claims to continue to champion womens’ health, Planned Parenthood performs more than 320,000 abortions per year but does not offer mammograms and offers minimal prenatal services to pregnant women. 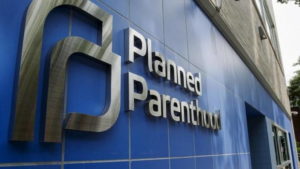 “Even during a tough year, we’ve stood strong – and with your help, we’ll continue to,” Planned Parenthood president Cecile Richards tweeted.

Former Planned Parenthood manager Abby Johnson, who now runs And Then There Were None, which helps abortion workers leave the industry, said the group’s annual report “demonstrates that Planned Parenthood is not a healthcare organization but a political movement, intent on forcing their pro-abortion views on as many Americans as possible.”

The annual report also shows the number of prenatal services once again dropping – this year to 7,762 – a 17 percent decline from the 9,419 performed the year before. In 2014-2015, Planned Parenthood claimed 17,419 prenatal services performed.

While Planned Parenthood performed 3,677,503 sexually transmitted infection (STI) tests, and 706,903 HIV tests over the past year, the organization performs no mammograms but lists 336,614 manual “breast exams.”

America’s largest abortion provider claims in its annual report to be on the cutting edge of womens’ health care services: “As we enter our 101st year, providing access to expert health care and education remains at the center of what we do. We continue to drive innovations in health care delivery by leveraging new technology to get patients the care and information they need to live healthy lives and build the futures they want.”

The “innovations” touted by Planned Parenthood include over one million appointments that were booked at its clinics online this past year, a “gender neutral” app that helps individuals keep track of their menstrual periods and birth control, and the fact that its affiliates in 17 states now offer hormone treatments for transgender individuals who are uncomfortable with their biological sex.

Though many progressives denied the Women’s March in Washington was focused on abortion rights, Planned Parenthood admits in its annual report that it has been a “driving force” of the Trump resistance movement.

“After the largest demonstration in history, we built strong partnerships with organizations and other resistance leaders,” the group notes.

Kristan Hawkins, President of Students for Life of America, however, said in a statement sent to Breitbart News: “Consider that while Planned Parenthood started 50 new campus groups, according to their report, Students for Life started nearly 120 last year, and now has more than 1,200 student groups on campuses in all 50 states.”

As a candidate, President Donald Trump said in a letter to pro-life leaders that he is “committed to … Defunding Planned Parenthood as long as they continue to perform abortions, and re-allocating their funding to community health centers that provide comprehensive health for women.”

But Trump’s deal with Democrats funds Planned Parenthood into Fiscal Year 2018, which began Oct. 1. It was the third spending deal Trump signed as president that continues federal funding for the abortion group.

The Department of Justice, meanwhile, recently launched a formal investigation into Planned Parenthood over its alleged profiting from the sale of the body parts of babies aborted in its clinics.