A branch of Planned Parenthood in Pennsylvania tweeted on March 27 that Disney needs to have an animated princess “who’s had an abortion.” 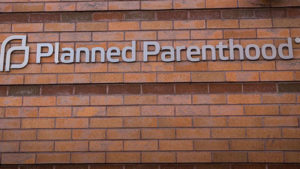 “Today, we joined an ongoing Twitter conversation about the kinds of princesses people want to see in an attempt to make a point about the importance of telling stories that challenge stigma and championing stories that too often don’t get told,” Melissa Reed, President and CEO, Planned Parenthood Keystone told TheWrap.

“Upon reflection, we decided that the seriousness of the point we were trying to make was not appropriate for the subject matter or context, and we removed the tweet.”

Earlier this year, the Trump administration said it was rescinding guidance from the Obama administration that made it harder for states to defund Planned Parenthood.

The Obama administration in 2016 argued Medicaid law only allowed states to bar abortion providers from the program if those providers were unable to perform covered services or if they can’t bill for those services.

“Reinstating the pre-2016 standards frees up states to once again decide for themselves what reasonable standards they use to protect Medicaid programs and their beneficiaries,” said Charmaine Yoest, assistant Health and Human Services secretary for public affairs.

“This is part of the Trump administration’s effort to roll back regulations the Obama administration put out to radically favor abortion.”