Patriotic Texan calls for secession: ‘The republic as we know it is dead’

A Texas state representative introduced legislation on Tuesday that would allow residents of the Lone Star State to vote on seceding from the United States.

State Rep. Kyle Biedermann tweeted: “Today, I filed HB 1359, the Texas Independence Referendum Act. For decades, the promises of America & our individual liberties have been eroding. Now is the time for the People of Texas to have the right to decide their own future.” 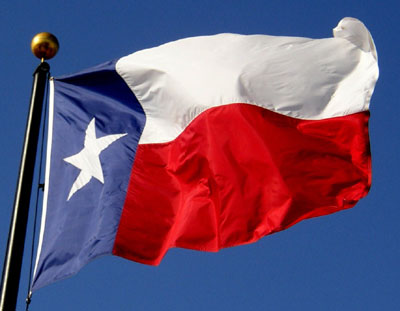 At a virtual town hall held by the Texas Nationalist Movement last week, Biedermann said: “The republic as we know it is dead. We all hoped that Trump would pull a rabbit out of his hat. We know the election was stolen.”

Biedermann said in a press release announcing the bill that there are “indications that the Republic of Texas would not just survive, but thrive as an independent nation.”

“Voters of all political persuasions in Texas can agree on one thing, Washington D.C. is and has been broken,” Biedermann said. “Our federal government continuously fails our working families, seniors, taxpayers, veterans and small business owners. For decades, the promises of America and our individual liberties have been eroding. This is not a left or right political issue. Let Texans Vote!”

In a press release provided, the Texas Nationalist Movement said that the bill “would give Texans an opportunity to head to the polls in November of 2021 and start the process of reasserting our status as an independent nation. If the people vote in favor, the bill provides for the establishment of a committee to begin working on a transitional plan which would address all of the issues related to decoupling from the federal government.”

Texas Nationalist Movement President Daniel Miller said “this bill is simply to put the question to the people of Texas. Even if legislators don’t personally support TEXIT, at a minimum, they should support your right to publicly debate and vote on the issue. Your representatives either believe that you are smart and responsible enough to make this decision, or they believe that they know what’s best for you regardless of what you think. There is no middle ground.”

Miller added: “The people of Texas are sick and tired of living under 180,000 pages of federal laws administered by 2.5 million unelected bureaucrats. At the end of the day, the best people to govern Texas are Texans, and this vote will give us that chance.”

A reporter for the Austin American Statesman visited Biederman’s hardware store to see if  the American flag was on display. Indeed it was.

The star-spangled banner still waves o’er the store. And inside, on aisle 20, Biedermann’s Ace Hardware offers a nice selection of American flags, all made in the U.S.A. Seems a bit dissonant for a secessionist.

And on Tuesday, I watched as Biedermann, hand over heart, joined House colleagues in pledging allegiance to the flag of the United States of America and to the republic for which it stands, one nation under God, indivisible, with liberty and justice for all.

Other states have taken notice of the Texas movement.

“Many of these Western states have the ability to be self-reliant, and we’re keeping eyes on Texas too, and their consideration of possible secession. They have a different state constitution than we do as far as wording, but it’s something we’re all paying attention to,” Eathorne said.

Kyle Biedermann, Patriotic Texan calls for secession: ‘The republic as we know it is dead’, Texas Nationalist Movement, WorldTribune.com