Parents halt rule in Delaware schools that would have allowed kids to ‘self-identify’ gender, race

Parents and a family organization in Delaware have successfully sidelined a rule that would have allowed children in grades K-12 in the state’s public schools to “self-identify” their gender and race without the consent of their parents.

Regulation 225 – referred to as an “anti-discrimination” regulation – would have allowed Delaware school officials to decide whether or not to trust parents with the information that their child was seeking to identify as the opposite biological sex or a different race. 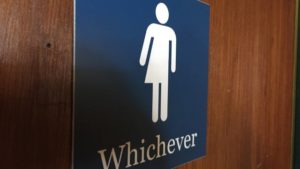 “Policies like Regulation 225 are setting parents up as a ‘non-ally’ and ‘unsupportive,’ discriminatory, even abusive, if they affirm their child’s biological realities and work through it instead of embracing the confusion,” said the Delaware Family Policy Council, which organized opposition to the rule by gathering over 8,000 petitions and submitting 11,000 comments in the state register within the 30-day comment period.

As a result of the effort, Democratic Gov. John Carney announced a delay of the rule. The comments will be reviewed in January and – if significant changes are made – the rule will be published again with another 30-day comment period.

Polls show a strong majority of Americans oppose the claim that unverifiable “gender” is more significant than a person’s sex, Breitbart noted in a Dec. 6 report. Polls also indicate that Americans want sexual privacy in bathrooms and shower rooms – especially in K-12 schools.

According to one study of the 2010 census, the population of transgender people amounts to one in every 2,400 Americans, or 0.03 percent of the adult population.

The Delaware Family Policy Council stressed that while all children should be treated with respect, and gender-confused children should receive “compassionate accommodations,” the rule obstructs “the right of parents to care for their children without government intrusion.”

“Regulation 225 fails to protect the privacy and safety of all students,” the Council said. “Students may claim or ‘self-identify’ as the opposite gender at any time and have access to the locker rooms, showers, restrooms, overnight accommodations, and any school activity (sports team) that is gender specific.”

Democratic state Rep. Debra Heffernan, a supporter of the regulation, said “Kids deserve to be safe in our schools, and without the fear of being bullied because of who they are or what they wear. The Department of Education crafted this anti-discrimination policy at Gov. Carney’s direction so that students can learn in an inclusive environment where they can feel safe and respected. That inclusive environment is essential for all children to learn and grow.”

State Rep. Rich Collins, a Republican, said the regulation “opens Pandora’s Box. It has the potential to twist schools up in knots.” Collins added the rule is invalid because it is “not based on any legal authority granted by the General Assembly.”