Outrage at Democrat extremism in Virginia has some counties looking West

As Democrats who hold the majority in the state’s legislature continue to chip away at their Second Amendment rights and focus spending on urban areas near Washington, D.C., rural Virginia counties may be looking to leave for West Virginia, a columnist wrote. 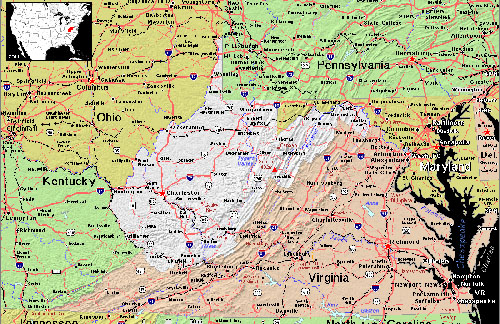 In a fight which Bedard said “echoes the Civil War-era split of the Old Dominion that created West Virginia in 1863,” 40 of 100 delegates in West Virginia’s House have signed on to legislation that would accept Virginia counties and towns who want to go West.

“We’re starting to get some phone calls from friends on the border who say these folks want to leave,” said West Virginia Del. Gary Howell.

Howell, a Republican, told Bedard that what started off as a long-shot effort “has turned into a real thing.” He also said that border shifts do not need federal approval.

“We’ve been looking way down the road. Once we realized that this was getting very real, we figured that we have to have answers for this, we have to have a plan in place. That’s what we’ve been discussing,” Howell told Bedard.

Howell cited gun control as the main reason the Virginia counties are looking to the West. There is no new push for gun control in West Virginia.

“In the latest, and most evident, in this string of grievances, the government at Richmond now seeks to place intolerable restraints upon the rights guaranteed under the Second Amendment of the United States Constitution to the citizens of that Commonwealth,” said Howell’s legislation (HCR 8), which is before the rules committee.

Howell and his team also wrote about the urban-rural battle: “These tensions have been compounded by a perception of contempt on the part of the government at Richmond for the differences in certain fundamental political and societal principles which prevail between the varied counties and cities of that Commonwealth.”

The bottom line in the legislation: “In a spirit of conciliation, the legislature of West Virginia hereby extends an invitation to our fellow Virginians who wish to do so, to join us in our noble experiment of 156 years of separation from the government at Richmond; and, we extend an invitation to any constituent county or city of the Commonwealth of Virginia to be admitted to the body politic of the state of West Virginia.”

Bedard noted that one Virginia county that “could lead the way with or without the legislation is Frederick, some 70 miles from Washington. It still has an open invitation from the 1800s to join West Virginia, and some members of the county board of supervisors have expressed support for a vote to leave.”