‘Operation Mockingbird’: Is the CIA still using the corporate media?

Operation Mockingbird was a CIA program in which the agency paid or forced U.S. media organizations to do its bidding.

The operation was exposed in the 1970s, but a columnist, given the current corporate media climate, asked “is this operation still going on?” 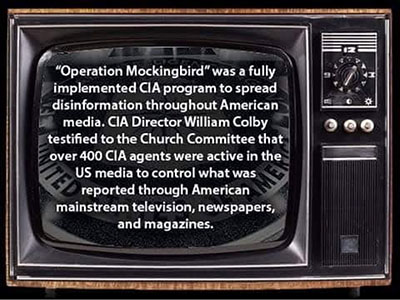 “The program,” wrote The Daily Beast in 2017, “has never been officially discontinued.”

“That would explain, for example, why The Washington Post just explained away its report on Trump’s call with Georgia’s election investigator — the one where the paper outright falsified statements using third-party and unnamed sources — as an ‘oops’ without accountability. Did anyone get fired?

“That would explain the media’s willingness to report on the absurdities of long-distance psychoanalysis of Trump’s behavior; of unproven, unverified, unbelievable ‘pee tape’ Christopher Steele-tied dossiers against Trump; of out-of-context and cut clips of Trump showing him as a racist and misogynist.

“That would explain the media’s cheering of President Joe Biden’s baffling buffoonish first press conference as a big ‘win,’ as Deadline wrote it, or ‘almost startling in its coherence and cogency’ — ‘an almost disorienting return to the legacy of presidential dignity and honor,’ as WBUR framed it. Did they miss the part where he trailed off muttering, or the part where he spoke of his ‘120 years’ of experience in the Senate?”

Chumley concluded that it’s time for America to “clip the wings” of all of the “Mockingbirds” in the media and “turn off and tune out those sources of news.”