Joe Biden was sent to the podium by his handlers on Wednesday to proclaim the following: “We know that more and more ballots are cast by early voting or by mail in America…. That means in some cases we won’t know the winner of the election for a few days…. That’s how this is supposed to work.”

Biden didn’t explain how he happened to know that ahead of Tuesday’s election. 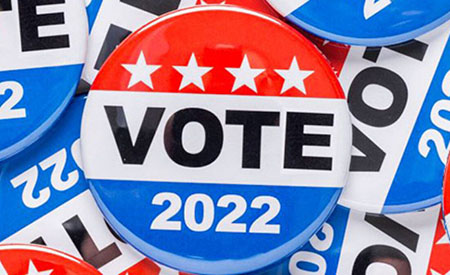 And many, many election officials and political historians will agree that is not how it is supposed to work.

“The president’s been talking about the threat to our democracy since he launched his campaign way back in 2019 and again on January 6th and again in September in Philadelphia, at Independence Hall. And I think the president decided a few days ago that it was important to issue one final warning on this issue, to make very clear, to leave no doubt that we have people out there still peddling the big lie, people now raising the issue of election denial in this election, and of course the horrible incident involving Speaker Pelosi and her family, you know, showing the rising threat of political violence,” Klain told MSNBC (emphasis added).

According to the First Amendment, Americans can question the election system until the cows come home.

Here’s how a couple of other large democracies carry out their elections:

In Germany, elections are held on Sunday. Poll stations close at 6 p.m.

A letter is sent to voters from their local city hall identifying the location of their voting station and the time they should show up to vote. The letter is presented at the station along with the mandated national voter ID card.

After reading the name off the listing, the voter is given a ballot. When finished, the voter places the ballot in a box.

At the end of the day, one to two-dozen people count ballots, usually sorting them into two piles. The ballots are counted by hand, which routinely takes about an hour. The process is then repeated. As long as the numbers come up right after the second count, that’s it.

The official winners in German elections are usually known by 7 p.m. on election day, sometimes pushed to 8 p.m. if issues occur.

In France, the same system has been used for generations: Paper ballots are cast in person and counted by hand. There is no mail-in voting, early voting, or voting machines.

About 48.7 million French are registered on the electoral rolls of the place where they live. Voters make their choices in a booth, with the curtains closed, then place their ballot in an envelope that is then put into a transparent ballot box. They must show photo identification and sign a document, next to their name, to complete the process.

Volunteers count the ballots one by one. Officials will then use state-run software to register and report results. But legally only the paper counts. If a result is challenged, the paper ballots are recounted manually.

Mail-in voting was banned in 1975 amid fears of potential fraud.

Here’s a tip, Fluffer. Don’t threaten the citizens of America with “one final warning.” Tyrants through the ages have learned hard lessons doing that. pic.twitter.com/fJ5SyZbiEB

Meanwhile, problems that plagued the 2020 U.S. election reportedly still have not been fixed.

The Post Millennial reported on Saturday that the Pennsylvania Department of State issued a memo on Friday telling election officials in all counties that a “widespread outage” is impacting Statewide Uniform Registry of Electors (SURE) services. This means that the voter databases, as maintained by the state, were essentially non-functioning as election day approached.

SURE is the state-wide system to maintain accurate voting records that county election officials can rely on when managing and facilitating polling places in their counties.

The memo, obtained by The Post Millennial, has the subject “Enterprise Outage Impacting SURE Services” and reads “Commonwealth Enterprise is experiencing a widespread outage which is impacting various services of SURE. This outage is currently impacting report, correspondence, and poll book generation.”

“A priority call was assembled to triage and investigate the cause. Enterprise teams are now working to resolve the outage,” it continues.

Trump spokeswoman Liz Harrington wrote in a Telegram post: “Exactly 2 years later and we’re still finding how much of a SHAM the 2020 Election was
Here are ballots counted in Maricopa County, AZ: 17,822 ballots discovered with mismatched signatures that were accepted (so far). In an election called by 10,457 votes.” 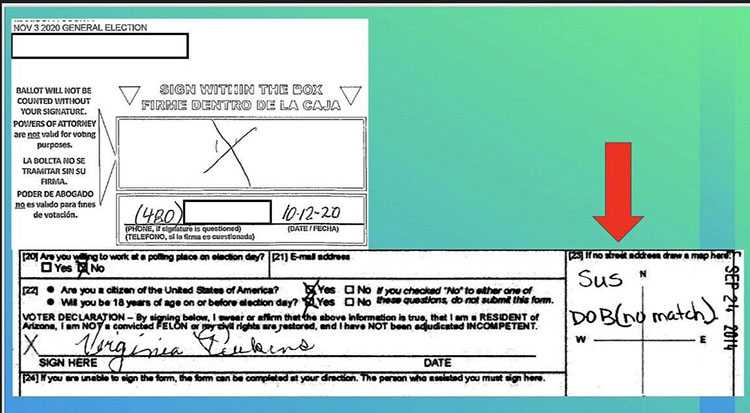