The owners of an Ohio bakery were awarded $11 million in a libel suit against Oberlin College.

Gibson’s Bakery and Market won the award after filing a lawsuit against the college in the wake of student protests that accused bakery personnel of racial profiling. 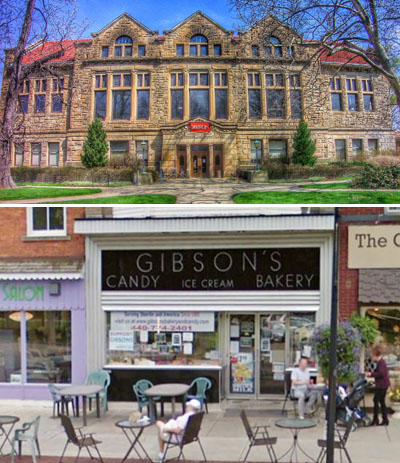 On the day after the 2016 election victory by President Donald Trump, a black male Oberlin College student was stopped for shoplifting wine at the bakery in downtown Oberlin.

“A scuffle ensued that was joined by two black female Oberlin College students accompanying the male shoplifter and apparently acting in concert with him. All three eventually would plead guilty to shoplifting and aggravated trespassing and would avow that Gibson’s was not engaged in racial profiling,” Legal Insurrection reported.

Gibson’s, in existence since 1885, was frequented by students and also provided baked goods to the college dining halls.

Before the guilty pleas by the three students involved in the incident, students at the college engaged in large protests outside the bakery. Flyers were passed out claiming Gibson’s was “racist” and had “a long account of racial profiling and discrimination.”

Oberlin College Dean of Students Meredith Raimondo allegedly participated in handing out the flyers in front of the bakery. The Oberlin College Student Senate also passed a resolution claiming Gibson’s “has a long history of racial profiling and discriminatory treatment of students and residents alike.” The college administration allegedly helped spread this student senate resolution.

Students started a boycott of the bakery, initially joined in by the college. The college eventually resumed business with the bakery, but then terminated that business after the lawsuit was filed.

According to The Chronicle-Telegram.The jury in the case also found the college was culpable for “intentional infliction of emotional distress” on the bakery’s owners.

“The jury saw that Oberlin College went out of their way to harm a good family and longtime business in their community for no real reason, and the jury said we aren’t going to tolerate that in our community anymore,” Owen Rarric, an attorney for the Gibsons, told Legal Insurrection.

Cornell Law School professor William Jacobson, who runs the Legal Insurrection website, said the verdict “sends a strong message that colleges and universities cannot simply wind up and set loose student social justice warriors and then wash their hands of the consequences.”

Gibson’s and its owners sued the college and Raimondo for libel, tortious interference with business relationships and contracts, intentional infliction of emotional distress, and trespass.

Oberlin argued it was not responsible for the students’ actions.

“We are disappointed with the verdict and regret that the jury did not agree with the clear evidence our team presented,” Oberlin Vice President, General Counsel and Secretary Donica Varner said. “Neither Oberlin College nor Dean Meredith Raimondo defamed a local business or its owners, and they never endorsed statements made by others. Rather, the College and Dr. Raimondo worked to ensure that students’ freedom of speech was protected and that the student demonstrations were safe and lawful, and they attempted to help the plaintiffs repair any harm caused by the student protests.”