Mark Levin, who hosts “Life, Liberty & Levin” on Fox News, related on a Facebook post that he had recently received a note from New York Times reporter Davey Alba about a so-called “Election Day coup.” 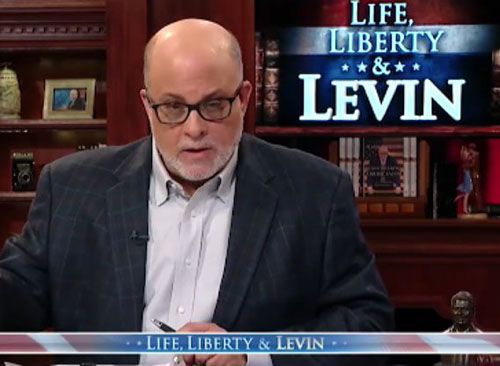 The reporter wrote in the note:

“I’m a reporter with The New York Times, where I am writing about growing rumors of an Election Day coup. I’m hoping to reach Mark Levin for his tweet and Facebook post, in which he said, “If a defeated Biden does not concede and his party’s rioters take to the streets in a coup attempt against President Trump, will the military be needed to stop them?

“Disinformation experts have told us that talk of an Election Day coup is riling up people online, and that real-world harm may well be a possibility on Nov. 3rd. I wanted to ask if Mark had a comment or if he wanted to add further context to his post for our piece to help contextualize what he meant.

Levin replied: “Let me respond publicly to you since I don’t trust the New York Times to get right whatever I say. Uh, Davey, no offense, but you’re not very sharp. This was my sarcastic response to the Democrats, mocking what they’ve been saying for weeks. Democrats like Biden, Clinton, Gore, Pelosi, Podesta, and others.

“I am deeply concerned about their dog whistles to violent groups like Antifa and BLM, and other Democrat-friendly groups, which deeply worries me. If you were concerned about riling up people, as I am, why didn’t you confront the Democrat Party leadership?

“The fact is, the New York Times has a horrific history of censorship on the gravest of matters, such as its intentional failure to report about the Holocaust, except in passing; and its publishing of Stalin-planted lies written by its own news reporter, Walter Duranty, when Stalin was starving to death millions of Ukrainians.

“And you’ve been nowhere over the last several months when the Democrats are talking about using the military against President Trump to remove him from the White House.

“And, your paper has downplayed the terrible riots and violence that’s been occurring throughout our country.

“And now you contact me about a post, which is intended to expose the outrageous statements of leading Democrats, and try and twist the entire matter. Shameful. Write as you wish. I will respond, if I do, without interpretation or spin from you.”