North Korea’s Kim arrives In Vladivostok for talks with Putin

North Korean leader Kim Jong Un has arrived by train in Russia’s Far Eastern Port city of Vladivostok, a day before he is due to meet there with President Vladimir Putin. 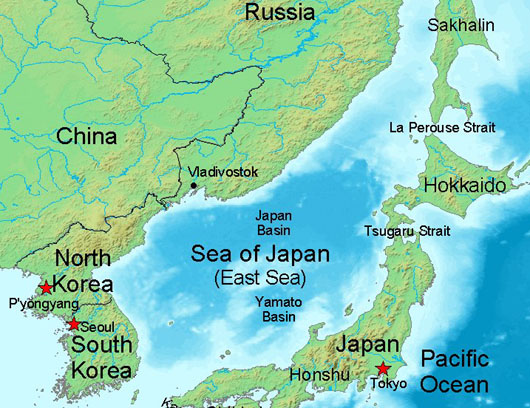 Earlier on April 24, Kim crossed into Russia near the Khasan station on the border, where he was greeted by a group of girls in Russian folk costumes who presented him with a bouquet of flowers and a traditional loaf of Russian bread and salt.

The Primorye administration’s press service quoted Kim as saying he has wanted to visit Russia “for a long time.”

“Seven years have passed since I took charge of the country, but I did not have a chance to visit Russia until now,” the press service quoted Kim as saying.

Kim traveled from North Korea’s capital, Pyongyang, to Vladivostok on a private armored train for the nearly 700-kilometer (420-mile) trip along with a delegation of government and armed forces officials.

“The focus of the talks on April 25 will be on a political and diplomatic solution to the nuclear problem on the Korean Peninsula,” Kremlin aide Yury Ushakov told reporters on April 23.

“In the last few months the situation around the peninsula has stabilized somewhat, thanks in large part to North Korea’s initiatives of stopping rocket testing and closing its nuclear test site,” he added.

Russia’s state-run RIA Novosti reported on April 23 that the two leaders would meet soon in Vladivostok. The agency report noted that no agreements or joint statements were expected from the meeting.

The expected meeting comes as U.S. President Donald Trump’s administration is pushing for a deal to end nuclear tensions on the Korean Peninsula.

At summits in June 2018 and February 2019, Trump and Kim failed to reach an agreement on a denuclearization deal.

The Trump administration has suggested the possibility of a third summit, but North Korea on April 18 demanded that Washington remove Secretary of State Mike Pompeo from any future negotiations.

In March, the United States imposed fresh sanctions on North Korea over its nuclear weapons program.