The military careers of a chaplain and chaplain assistant at Fort Bragg in North Carolina are hanging in the balance after they were accused of discriminating against a lesbian soldier and her partner.

Military investigators determined that Chaplain Scott Squires and Chaplain Assistant Kacie Griffin should be disciplined after the lesbian couple was turned away from the Strong Bonds Marriage Retreat hosted by Maj. Squires. 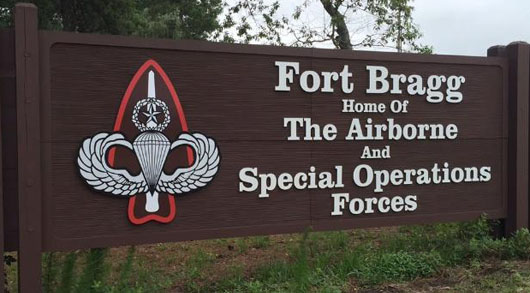 “This is an ongoing investigation,” said Maj. Gen. Kurt Sonntag, the commanding general of the U.S. Army John F. Kennedy Special Warfare Center and School, according to a report by the Fayetteville Observer. “We take every discrimination claim seriously and afford all members of our community the right to equality. The command embraces the diversity of each individual in our organization and welcomes the responsibility to create an inclusive workplace.”

Squires said the Army requires the chaplain to follow the rules of his endorsing organization, in this case the Southern Baptist Convention (SBC).

The SBC states that “all ministries regarding human sexuality will reflect the historic, natural and biblical view of marriage as God’s life gift of ‘the uniting of one man and one woman in covenant commitment for a lifetime.’ ”

Squires said he informed the soldier of the rules and then immediately tried to reschedule a seminar with a facilitator who would accept the lesbian couple, according to a report by WorldNet Daily.

First Liberty Institute, which is representing Squires and Griffin, said the chaplain rescheduled the marriage retreat to ensure that the same-sex couple could participate with another chaplain who was selected to lead the event. The couple signed up to attend – but never showed up.

“I hope the Army sees that I was simply following Army regulations and the tenets of my church,” Squires said in a statement released through First Liberty Institute.

Michael Berry, First Liberty’s deputy general counsel and director of military affairs, said on the Todd Starnes Radio Show that Maj. Gen. Sonntag has refused to make a final determination in the case.

Squires and Griffin have flags on their personnel file saying they are still under investigation, Berry said.

“Griffin informed Chaplain Squires of the application and informed the applicant that Chaplain Squires would speak with her. For this purely administrative act, an Army investigator determined she ‘gave the impression she was not eligible for the event’ and should be reprimanded for failing to ‘timely answer’ her question,” Berry said.

Griffin had been selected for the Army’s prestigious Green-to-Gold program but was informed that she will not be able to participate until the investigation has been concluded.

“SSG Griffin had what amounts to a full-ride scholarship to attend college and become a commissioned officer in the U.S. Army,” Berry said. “Because of this unfounded complaint and Maj. Gen. Sonntag’s intentional refusal to render a decision, she may never go to college, let alone become an officer.”

“Maj. Gen. Sonntag is expected to make life and death decisions for those under his command, and yet he refuses to make a simple decision that would allow this highly qualified chaplain assistant to obtain her college degree and become an officer,” Berry said.  “There can be no other explanation for this indecision except for an anti-religious bias that has no place in the U.S. Army.”

The lawmakers said the Army’s handling of the incident appears “to be in contradiction to federal law.”

According Section 533(b) of the 2013 National Defense Authorization Act, “No member of the Armed Forces may: 1) Require a chaplain to perform any rite, ritual or ceremony that is contrary to the conscience, moral principles, or religious beliefs of the chaplain; 2) Discriminate or take any adverse personnel action against a chaplain, including denial of promotion, schooling, training, or assignment, on the basis of the refusal by the chaplain to comply with a requirement prohibited by paragraph (1).”