With the second shale boom creating lower demand for its oil in the U.S., and new players entering the Asian market, Saudi Arabia is seen looking for a confrontation with Russia for European oil market supremacy, analysts say.

Saudi is currently ranked fourth in oil supply to Europe, behind Russia, Norway and Iraq. 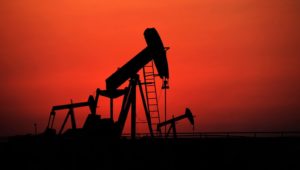 Moscow’s dominance in Europe is now under pressure if Saudi Aramco, in addition to Iraq and Iran, are “really entering the European market in a serious manner,” Oilprice.com reported on April 10.

“In a more stabilized oil market, this would not really have a direct impact on price scenarios, but looking at the current volatility, a confrontation between Russia and Saudi Arabia in Europe could destabilize not only the market but also lead to a new price war.”

That war has already emerged to a degree after Russian oil company Rosneft in 2015 accused Aramco of dumping oil in Europe. Rosneft recently indicated that a price war in Europe “could force parties not to extend the output cut agreement for another six months,” the report said.

Moscow, meanwhile, has “been aggressively fighting for additional market share” in Riyadh’s main client markets – China, India and even Japan.

Some analysts are even proposing “a doomsday scenario,” the Oilprice.com report said, “implying that Riyadh has lost its grip on the largest oil markets. U.S. shale oil is increasing its market share, while addressing European options at the same time. Russia, Iran and Iraq have been pushing for market share in Asia, while taking up Saudi share in Europe.”

The Russia-Saudi conflict is brewing, “but has not yet come to surface,” the report said. “Saudi Aramco’s first moves to re-enter Europe, however, clearly show that they are not willing to keep picking up the bill for others.”